During his CES keynote, Microsoft chairman Bill Gates revealed plenty of things we were expecting from Vista, and some we weren't. 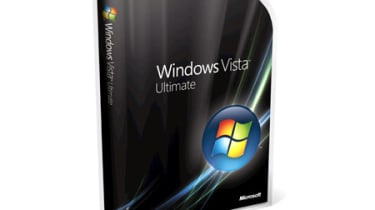 Details of what exactly Microsoft's Windows Vista Ultimate Extras will consist of come launch on January 30th has been one of the final surprises the US software giant has been able to keep secret, until today.

Ultimate Extras are the downloadable add-ons available exclusively to users of Windows Vista Ultimate Edition, and are as yet are unavailable in preview copies of Vista.

During the Gates keynote, Windows client group product manager Justin Hutchinson gave the standard Vista demo that we've become used to over the last six months, showing Vista's search and live-preview prowess. But he surprised those in attendance by showing two of the Ultimate Extras for the first time.

The first was an add-on called GroupShot; this is a photo application that allows you to take the best parts of two similar pictures - Hutchinson's demo featured two successive shots of some children, two of whom had their eyes closed in either one or the other shot - and create "the picture you wish you'd taken" by combining them to create a new photo with the best parts of both.

Second up was a feature that has been widely forecast in web rumours. Previously known as Motion Desktop and now rechristened DreamScene, this Extra allows the Vista Desktop itself to run full-motion video as wallpaper. As Hutchinson introduced the feature, one of the familiar waterfall backdrop photos that ships with Vista suddenly transformed into a video of the same scene.

Hutchinson demonstrated the ability for any video to run under DreamScene, dragging a home movie onto the Desktop.