The Microsoft/Novell patent agreement and the attempted litigation by SCO with various Linux users underline business concerns about the potential liabilities connected to open source software. 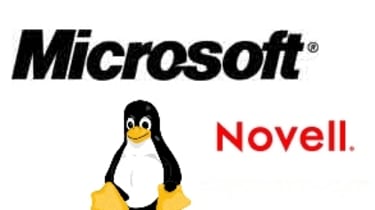 Due to the fact that Linux is free software and belongs to no-one, it is often assumed that Linux is "surrounded by legal uncertainties."

However, Linux is no more or less prone to legal uncertainties, by which we usually mean potential patent infringements, than any other software application or platform. The problem is not the software nor the license, but the legal framework within which the software industry operates. Software patents have become part of the standard software industry model but are antithetical to the objectives of open source software and are seen as problematic for the good health of future software development by free software developers.

The problem for proprietary software companies is that free software pulls the rug from under traditional software models. By definition free software is collaborative. Numerous individuals, hardware companies and academic establishments contribute to the code that is contained in a Linux distribution, and all have a vested interest in its success. The customer gains because the software is free and tends to be more adventurous, versatile and secure. The only potential loser is the traditional software vendor.

So it has been suggested, sometimes by the software vendors themselves, that those who are threatened by the competitive success of open source might seek to challenge Linux through the courts, on the grounds that the software, and Linux in particular, might include "stolen IP", and infringe the patents or copyrights of others. This is unlikely. The accusation has often been made, but the code is there for all to see, and no convincing evidence has ever been presented of any infringement.

The more likely action is of the type affected by Microsoft in its recent agreement with Novell whereby Microsoft was able to announce that it had provided patent protection to Novell's Linux customers and developers, sowing the uncertainty and doubt that Linux may be susceptible to legal action for patent infringement. Microsoft offered a similar agreement to Red Hat, and was rebuffed.

This is a point that Bruce Perens, a founder of the Open Source Initiative (OSI), has also argued. In a Slashdot discussion on the Microsoft/Novell agreement, he noted that "there are simply so many software patents, on so many fundamental principles, that no non-trivial software program could exist that was licensed by all patent holders with claims reading on the algorithms used. This is regardless of whether it is proprietary or free software."

The mechanism for dealing with unintentional infringement of software patents is cross-licensing. Robert Barr, the patent counsel for Cisco, told the hearings of the US Federal Trade Commission on "Competition and Intellectual Property Law and Policy in the Knowledge Based Economy" in 2002 that: "It makes more business sense to assume that, despite the fact that we do not copy other company's products, and despite the fact that we do not derive solutions to problems from the patent literature, we will be accused of patent infringement. The only practical response to this problem of unintentional and sometimes unavoidable patent infringement is to file hundreds of patents each year ourselves, so that we can have something to bring to the table in cross-licensing negotiations. In other words, the only rational response to the large number of patents in our field is to contribute to it."

In January 2005, IBM and Sun contributed over 2,000 patents to the free software community. In August 2005, the Open Source Development Labs (OSDL) announced the formation of a Patent Commons repository, and in November of the same year IBM, Novell, Philips, Red Hat, and Sony announced the formation of the Open Invention Network (OIN), "a company that has and will acquire patents and offer them royalty-free to promote Linux and spur innovation globally." The company asserts that "patents owned by the Open Invention Network will be available on a royalty-free basis to any company, institution or individual that agrees not to assert its patents against the Linux operating system or certain Linux-related applications."

Microsoft has followed a similar strategy during the last few years. Back in 1991, Bill Gates wrote: "If people had understood how patents would be granted when most of today's ideas were invented and had taken out patents, the industry would be at a complete stand-still today."

In the same leaked Microsoft internal 'Challenges and Strategy' memo, Gates outlined a solution to the problem: "patenting as much as we can. A future start-up with no patents of its own will be forced to pay whatever price the giants choose to impose. That price might be high: Established companies have an interest in excluding future competitors." By 2004 Microsoft was accumulating 3000 patents a year.

In 2003, SCO distributed a letter to high-profile Linux customers among the chief executives of the top 1500 companies and demanded license payments on the basis that Linux included code, allegedly donated by IBM, that infringed SCO's claims to Unix IP. Despite the availability of the source code, SCO has yet to produce any evidence that Linux does any such thing. Red Hat still has a suit outstanding against SCO, pending the outcome of the IBM case, asking for a "declaratory judgement based on the public statements that SCO had made that Linux infringed their copyright." Webbink notes that "in all likelihood by the time the IBM case is over SCO will be nothing more than a carcass, something to pick over, and not of great interest to us any longer."

Microsoft may feel it has better evidence to substantiate Steve Ballmer's claim that Linux "uses our intellectual property" - but suing or charging its own customers because they use Linux would send out all the wrong messages, and isn't going to happen. Webbink observes that "suing a customer would be a very dangerous move on their part because all those customers of Linux are also going to be customers of Microsoft. If they start down that path the market reaction will be the same as the market reaction to the SCO letter, in that no customer is likely to buy software from a company that is likely to do this." Linux vendors indemnify their customers against such an eventuality.

Plucking out individual developers and charging them with patent infringement might seem to be an easier option, but would destroy the credibility that Microsoft has been trying to gain within the developer communities, and there is also the danger that "customers and the public would react negatively" to such an outrageous act.

Suing the distributors would be the equivalent of shooting Archduke Ferdinand in 1914. All kinds of alliances might come into play, the battlefields could be far flung, and there would be no assurances that Microsoft would end the war a winner. Too many vendors have too many vested interests in Linux. "I think its highly unlikely that they would sue anybody," says Webbink, "because they have no history of launching patent infringement claims. One significant consideration they would have to have is that any claim they made against any party in the software industry, at least in the US, they would have to be aware that they might face counterclaims based on competition, in anti-competitive actions."

From the point of view of Red Hat "the surprising aspect of the Microsoft/Novell agreement is that Novell was foolish enough to fall into the trap that Microsoft set for it, to induce somebody involved with Linux to take a license, so that Steve Ballmer could then go off to the press, and say 'See I told you there were concerns. Why else would they have taken this license?'"

The developers can only look on and muse at these strange goings on, and not everybody takes the threat of patent infringement too seriously. Back in 2002, Linus Torvalds told the Linux Kernel mailing list: "I do not look up any patents on principle, because (a) it's a horrible waste of time and (b) I don't want to know. The fact is, technical people are better off not looking at patents. If you don't know what they cover and where they are, you won't be knowingly infringing on them. If somebody sues you, you change the algorithm or you just hire a hit-man to whack the stupid git."