In the second part of our series looking at the environmental impact of business computing, IT PRO looks at the role videoconferencing and unified communications can play in cutting the carbon footprint of your business. 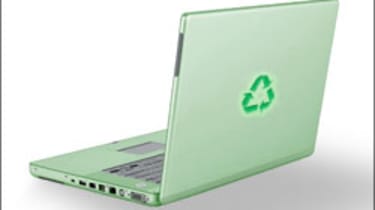 Click here to read part one of this feature.

What immediate, practical actions can IT departments take to start cutting down on the environmental impact of what they do?

Solutions like more efficient use of power, the possible application of virtualisation to sharpen up resource utilisation rates, and other options are valid probably more mid- to long-term.

We seem to be back to that old chestnut of using technology to cut down on the amount of travel we and our business peers do. Step forward once again video and online conferencing. Is the green agenda the best opportunity for this technology to finally hit the mainstream?

Serious commentators like analyst group Gartner do seem to think so: Mark Raskino, a Fellow with the organisation, last month cited greater use of home working and videoconferencing as specific ways to reduce organisational carbon footprint.

Not surprisingly the videoconferencing suppliers themselves are convinced the CSR (corporate social responsibility) factor will be a big boost for their wares. In December 2006 one such 'enterprise conferencing' specialist, Interwise, stated that "2006 was the year that global climate change became a mainstream concern. In 2007, businesses will be more expected to address their own environmental impact ... Technologies able to further CSR agendas, such as virtual conferencing that can reduce a corporation's impact on carbon emissions, will be see a new form of endorsement in the form of CSR compliance."

Theory and reality Let's remind ourselves of what that means in practice: People from your company sitting on planes spewing out highly-pollutant spent aviation fuel, or listening to Radio 1 on a heavily-congested M25 while on their way to meetings or to see clients equates to bad things being put into the atmosphere.

For example, one person flying from New York to London for a team meeting uses 2,690 pounds of carbon dioxide; two people travelling from Chicago to San Francisco for a sales presentation means 4,696 pounds; a training session with 12 participants flying from Dallas to San Francisco would burn up 22,377 pounds of CO2, and so forth.

These figures come from one of the main videoconferencing players, Webex. It claims that interest from large organisations in better support for remote working has been growing significantly since 2001, with a claimed roster of 25,000 customers worldwide holding some 50,000 meetings daily virtually instead of face to face. The inference is of course that that's a lot less air miles and nights in hotels being clocked-up as well.

Another firm interested in the remote working space is iPass, which offers technology to support secure remote connectivity, often in the context of remote working. "If a company offered the option to work at home just one day a week that translates to 20 per cent less CO2 due to travel," claims its European managing director Doug Loewe. "Yes, they will go to the office the other days and probably travel to customers in that period too. But greater and greater penetration of wireless and acceptance of online meetings will mean a much greater acceptance of less travel to meet people in person, which has to have a beneficial environmental impact."

Corporate responsibility = environmental credibility So it may well be the case that these players are right - that organisations keen to rack up some more CSR points will start looking at more support for remote meeting as a way to demonstrate green credentials. In FTSE credibility terms this may have already started - BT is well known for its strong support for remote meetings and home working: June 2005 research from the telco suggests the average physical meet costs at least 435 in terms of travel and accommodation costs, for instance.

But of course in practice getting people to give up all that airline food and oadside cuisine may be more complicated.

Microsoft supplies an interesting perspective on this. Of course, the software giant is a strong player in this market with its LiveMeeting product.

"We surveyed our staff last year and found the average person in Microsoft who needs to go and visit customers, say, is doing about 338 hours a year travelling to meetings. That's the equivalent of 16 full days work," says Mark Deakin, the company's local Unified Communications Product Manager. He has calculated that's also easily more than a couple of round the world trips in mileage terms - especially as the software giant has some 2,000 staff working either remotely already or out of its Reading base.

This is bad not just for the individuals concerned in terms of stress from that travel but also of course in environmental terms. There is also the work-life balance aspect, he adds. In any case, "We estimated that at least one in four of all those meetings could be done just as well over the Internet," he says.

Having said that, Deakin is a realist. "There are some people who do really like a face to face meeting," he knows. But why not use technology like Web cameras and the like that at least puts people's faces and expressions in the same room without the need to be able to smell their aftershave too?

Thus the company is heavily promoting use of LiveMeeting and its Office RoundTable web conferencing products to staff to encourage take up. "The campaign centres on two main messages: that doing the meetings you can this way cuts down on CO2 emissions and that on a personal note you don't have to travel four hours any more for a thirty minute meeting."

But "this is an ongoing process" and the firm is not expecting dramatic behavioural changes overnight. "At the least we can say we have put this option back in people's minds here and are signalling we do support this kind of way of working," he concludes.