Wireless data services over 3G have gained credibility among business users in recent months, with the arrival of HSDPA and variants that have improved throughput performance coupled with improved coverage. 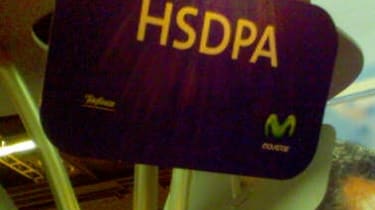 It has become commonplace in many circles to regard Wi-Fi as the standard by which the transport of corporate mobile data must be judged, and to consider WiMax, in its eventual mobile form, as its probable successor.

The mobile phone network operator community, however, has other ideas, and has recently been putting some heat under 3G-based alternatives. High-Speed Downlink Packet Access (HSDPA) in particular has been in the news over the last few months as a procession of smartphone vendors follow laptop makers such as Dell in embedding the high-speed download technology into their products.

So what sort of credence should enterprise buyers attach to HSDPA, and High-Speed Uplink Packet Access (HSUPA), its data upload cousin set to hit the market later this year (referred to jointly as HSxPA)? Can mobile operators ever really enjoy any kind of profile in a data networking environment, outside of their voice comfort zone? Or will 3G and its derivatives only be of use when users are beyond the reach of a Wi-Fi hotspot?

If corporate environments are the battleground, then mobile operators are already forming a beachhead, says Tom Quirke, Motorola's director of GSM and HSxPA marketing.

"According to our information, 30 per cent of business GSM calls are made indoors, as well as some 70 per cent of 3G data traffic transmissions," he told us. "This is creating quite a challenge for mobile operators, who are primarily geared up for outdoor traffic. While clearly taking a lot of traffic away from fixed operators, mobile players are facing a lot of capacity issues indoors, especially on the data side. Going forward, HSxPA technology will solve those issues."

"You can already download data at 14.4Mbps per cell," he said. "This has got huge implications for usage and the amount of traffic that can be handled in that cell, in other words within an office building. The next big jump is HSUPA, which is going to happen late next year or in early 2008."

HSUPA will allow users to upload files at the same speed they can download them: "At the moment uploads are restricted to 2Mbps. So you can see it will provide a lot of rivalry to WiMax in terms of speed and capacity. I should add that the increase in upload speed is not going to need any change in infrastructure."

"Of course it's not all about phones," Quirke points out. "Suppliers like Dell are putting HSDPA on laptops. This is all a bit of a culture shock for the operators. They've not all realised that they're dealing with a market where you've got to get things right first time. They are suddenly talking to customers who expect everything to work right from the outset."

The battle lines between mobile operators and service providers with a data centric background are drawn, says Quirke.

"The mobile guys are facing rivalry from the fixed operators for a start, he says. "Mobile providers are coming from outside the building looking in. The fixed guys are inside the building already looking out. They are looking to reclaim some of the traffic lost to mobile operators, and high-speed mobile data is going to be a key battleground."

Backing a winner Network managers may well feel that it's a battleground where they too could end up as losers, by failing to pick a standard with long term staying power.

In the short term, the strengths and weaknesses of next generation cellular broadband are fairly easy to list. On the downside, technologies like HSxPA have been a long time in the works with a lot said and written against little concrete implementation.

He also points to historically slow access speeds, easily affected by the number of users. "But of course this is something that network planners are aware of and look to constantly improve," he says.

Also in the debit column is the sheer lack of takeup of HSDPA thus far, says Mike Short, chairman of the Mobile Data Association.

"Today HSxPA is not widely deployed but it is coming," he says. Businesses, he believes, should not be put off adopting wireless packet based technologies like GPRS today, as all HSxPA and 3G technologies are expected to be backward compatible and supported by GPRS coverage.

"HSxPA technologies do stack up well for wide area and international coverage already," he says. "But where WiMax has been deployed for stationary in-building use, it has a head start.

He points out that high speed wireless technologies like HSxPA and WiMax are both touted as offering the carrot of ubiquitous wireless coverage and incredibly high speeds.

"Unfortunately neither is true," he says. "The common misconception of WiMax is 70Mbps and 70 miles, but unfortunately the truth is not both at the same time. You might get 70Mbps next to a base station, but realistically you will be more likely to get 10Mbps at about six miles, which is still pretty good if you ask me."

Short believes there is also a common cost misconception when comparing the two. "Unknowns as far as WiMax is concerned are coverage, cost and availability," he says. "It's a little known fact that ad hoc Wi-Fi usage is still more expensive than 3G. An hour from a BT or T-Mobile hotspot at 10Mbps will cost you more than it will to download the same data over a 3G or a 3.5G enabled HSDPA connection."

The advantage you have with cellular, he says, is coverage: "It is nearly ubiquitous and there are several devices coming to market that support the technology."

Wired vs wireless The real sweet spot for HSxPA is not necessarily competition with other wireless standards but with wired broadband, says Jonathan Bennett, UK marketing manager with Sarian Systems.

"HSxPA technology is shaping up to be the first viable back-up for wireline broadband," he says. "For many organisations the reliability of their broadband service represents a real concern - if say, a bulldozer accidentally cuts through BT's copper wires, you could be without internet, email and possibly voice communications, for anything up to ten days."

One HSDPA router, he says, will be able to provide bandwidth enough for voice and data communications, seamlessly taking over from the fixed-line connection in the event of a failure.

In many major cities and countries, this is already viable. More than one hundred HSDPA networks have been estimated to be live or in process by the end of this year, while about a third of all the handsets shipping in Europe are now 3G.

With Wi-Fi, WiMax and next generation mobile phone technologies all presenting strengths and weaknesses, a key question is can they live together or are they on a fast track where only one can win.

"Every now and than there is a new technology which is claimed to be a 'killer' app," says On Kalich, director of product management with mobile data specialist Flash Networks. "At the moment it is still not clear whether these technologies will 'kill' or complement each other."

Complement, not kill, says T-Mobile's Bassi: "HSDPA can very easily complement other access technologies," he says. "For example, the businessperson travelling to a meeting can benefit from HSDPA as he downloads and views emails with attachments. Then after finishing the meeting they stop off for a coffee and connect their laptop, with a data card, to a Wi-Fi hotspot, to spend a focused hour or so downloading more elaborate files and attachments to work on and send back to the office."

So should businesses wait before committing to any single mobile data technology? No, says Peter Holsgrove, managing director of mobile internet advertising company asap.mobi: "Generally waiting will leave companies behind the rest of the field, and at a competitive disadvantage. At this stage, testing the technology via limited integration is a sensible move before you invest a large amount of money in any one system or product."

The cost of HSxPA justifies this sort of experimental expenditure, he believes, with the technology shaping up in the future to be extremely useful.