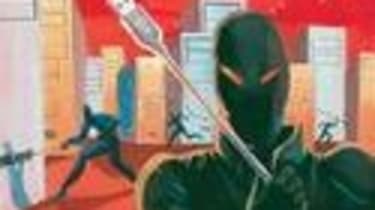 Criminal gangs have users of mobile phone banking services in their sights, according to a new report.

Research by analysts The Tower Group, predicts that this year will see fraudsters increasingly targeting banking and payment services on mobile phones with the goal of infecting or compromising a mobile device in order to steal money from unsuspecting users.

The analysts said that targets would be most likely to be a smartphone or wireless PDA that can act as a replacement for a credit or debit card.

It warned that current initiatives from the financial industry lack "a reasonable and justifiable focus on mobile malware."

"The success mobile banking and payments, as well as the concept of the mobile wallet, will be measured against the industry's ability to effectively contain the malware problems to a level that is at least on par with that of the existing internet channel," said Bob Egan, Chief Analyst at TowerGroup and author of the research.

Egan said that over 200 mobile viruses have already been identified and that number is doubling nearly every six months.

"Now is the time for IT managers and line of business heads within institutions to take action to protect both their companies and customers from mobile malware."

According to the report, complexities surrounding mobile security, including identity theft, consumer privacy and fraud, are exponentially increasing.

"IT managers must examine extending their existing malware and virus security initiatives to include mobile phones," said Egan. "Likewise, the mobile commerce industry beyond financial services players must step up to take more aggressive and immediate actions to circumvent the potential of fraud and theft."

The report recommended that IT managers take steps to combat the mobile virus threat by creating enforceable policies around the use of business mobile phones and list what types of mobile applications can be downloaded. It also urged companies to require mobile phone operators to install and monitor mobile safeguards.