Former boss of chipmaker Giga urges European governments to get behind Fiber to the Home initiatives. 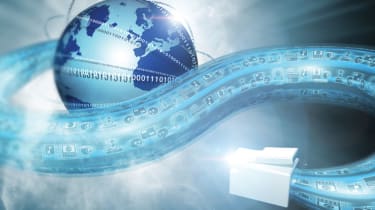 Europe is a long way behind the US and Asia on projects to roll out Fiber-to-the-Home (FTTH), according to the former chief executive of chipmaker Giga.

Finn Helmer, now chairman of Danish broadband company Comx Networks outlined what needed to be done in order that Europe can compete with Asia and the US.

Speaking at the fourth annual Fiber to the Home Council Europe Conference in Barcelona, he said that "Asia has discovered FTTH and is racing ahead. The US is now discovering it, but Europe is a long way behind."

He said that cost has long been seen as the reason why copper had failed to be replaced by fiber but Helmer believes that this is a false economy.

Helmer said that in his native Denmark operators have changed their infrastructure twice in that last decade because they failed to understand how data speeds changed and installed technologies with a limited life. He said that cable installers in Denmark have had a hard time.

"If you turn up at a house in Denmark to install copper, no-one will welcome you. They don't want something that you will turn up and replace again in a few years," he said.

The Danish government has now set a goal for all new cabling to support speeds of up to 150Mbit/sec and the only way to really deliver this, said Helmer, is over fiber. This means that the entire infrastructure has to be changed once again.

"The cost of the FTTH backbone for Denmark is estimated at $7bn (3.5bn) and this is to reach 2.5m homes," said Helmer. "But that infrastructure will have a life of several decades."

While this amount might seem a lot, Helmer claimed that the payback for such a massive investment will be around nine years, considerably less than the life of the backbone.

He urged governments to get involved and make the decision to build the backbone and change the regulatory framework surrounding this. Helmer likened the backbone to roads and other critical infrastructures which are all owned and built by governments. The difficulty is in persuading government to reverse the political sell-offs that occurred during the telecommunications privatisations of the 1980's and 1990's, he said.

Helmer said that alternatives to FTTH, such as VDSL do not add up in terms of installation costs. He said the cost of installing VDSL which would provide 13Mbit/sec is likely to be around $690 (351) while a FTTH link giving 10Gbit/sec down and 20Mbit/sec up would be $769 (392). Supplying a single TV channel can use as much as 14Mbit/sec, so to provide multiple channels down the line would exceed even VDSL capabilities.

"We should not sell the technology but concentrate on the services" says Helmer.

He pointed out that fiber is being demanded by the business community and it made no sense to build two separate networks when one is enough. "The storage people already use 100Mbit/sec links but if an employee starts to download a file and it take 15 minutes, then they go and make coffee. You have lost all that time."