Software company draws ire from consumers and OEMs as Express Upgrade scheme collapses under weight of demand for new OS. 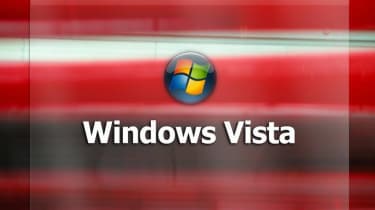 Microsoft is under attack from users and PC makers alike, after the company's Express Upgrade scheme for Windows Vista reportedly collapsed under the weight of demand.

Customers who bought Windows XP machines shortly before the launch of Vista were offered upgrade vouchers for the new operating system. However, several disgruntled readers have contacted IT PRO's sister publication PC Pro, claiming that their upgrades have failed to arrive, more than a week after the Vista launch.

The upgrade scheme is being handled by a company called Moduslink, on Microsoft's behalf. However, according to PC maker Mesh Computers, Moduslink's phone system was down for two days immediately after the launch of Vista. 'It seems they underestimated the amount of users they had contacting them at once. We spoke to Moduslink and we were told it was a problem with the volume of calls,' a Mesh spokesman told us.

Mesh claims the problem was exacerbated by the fact that upgraders couldn't register with Modulink until Vista was released, even though the offical launch date had been set for months. 'Everything was held off until the Vista launch. That would explain why there was a large volume of calls and everything went bent,' the Mesh spokesman claimed.

It's not only the phone lines that are suffering problems. PC Pro reader Robert Stainforth, from Hertfordshire, registered for his upgrade on the dedicated website immediately after the launch, but has been given no indication of when his discs might arrive. Other users on web forums claim their order has been cancelled on the website, without any explanation. 'I've sent a few emails, but you don't get a response back. You can't get through to them,' he said.

Microsoft claims it has been overwhelmed by the demand for the Vista upgrades. 'Due to the popularity of the Express Upgrade Program, Microsoft's fulfilment partner Moduslink is experiencing a spike in demand that is resulting in a temporary backlog in answering consumer telephone queries and emails. To assist customers with routine queries, self-help guides are now available.

'We'd like to assure customers that all valid orders that were placed before the 31st January will be fulfilled within 28 days, as per the agreed terms,' a Microsoft spokesperson claimed.

Stainforth claims the entire upgrade process has been mismanaged by Moduslink. 'Surely they could have predicted this [the weight of demand]. I feel a bit cheated. It's a big con,' he said.

The Moduslink problem is just the latest incident to beset the Vista upgrade process. Last week we reported how customers who received upgrade vouchers with OEM software were denied their copy of Vista. And earlier this week, Amazon admitted that it may have misled its customers over OEM Vista upgrades.