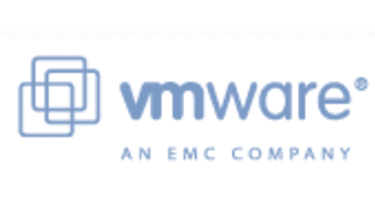 EMC Corporation recently revealed that it will conduct a partial IPO of VMware this summer. The x86 server and desktop virtualization leader hopes to use the resulting lift to help retain and attract employees and further its growth.

Originally founded in 1998, VMware operated as a private company until it was purchased in January 2004 by EMC for $635 million in cash. At the time, its annual revenues were approximately $100 million. Hardly coincidentally, Microsoft purchased virtualization rival Connectix one year earlier, and at the time VMware's ability to compete against such a huge new entrant for server virtualization opportunities was in serious question. The EMC pairing provided VMware with an infusion of cash and a deeper reach into the enterprise software market.

The play has clearly paid off, as VMware's annual revenues have grown sevenfold since the acquisition to $709 million in 2006, a gain of 83 percent over the last year alone. Based on the company's most recently completed quarter, the company expects returns upwards of $900 million in 2007.

With VMware's performance sizzling, EMC has made a conscious decision to cash in on some of the software maker's success. According to VMware president and co-founder Diane Greene, the company now has 20,000 customers and claims to be responsible for 10 percent of "x86 workload."

EMC will issue new shares accounting for roughly 10 percent of VMware's value and issue them to the public. The paperwork is expected to be filed by early April, with the sale planned for the summer.

In a conference call announcing the deal, an EMC spokesperson acknowledged that selling any of its original VMware holdings before the expiration of a five-year window would have created negative tax implications, so the company has indicated that it plans to retain its remaining stake in VMware for some time.