Gmail no longer invitation only

Google opens up its gmail service to more than just the chosen few. 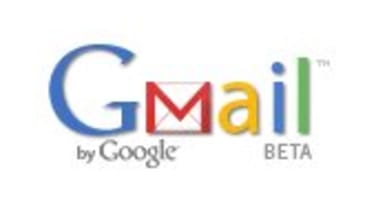 Google has finally lifted the invitation-only restriction on opening Gmail accounts, meaning, from today, anyone can get an e-mail address with the company and benefit from accompanying 2.7GB (and growing) of online storage space.

Google co-founder Sergey Brin said that the service has become a 'cornerstone' for the company, not just because it sells advertising alongside e-mail messages but also because of its tight integration with other services, including Google Calendar and Google Talk instant messaging.

Gmail will remain free, but Brin revealed plans to charge for additional capacity.

Though details have yet to be finalised, Brin indicated that it would be along the lines of the $25 to $500 it charges annually for between 6.25GB and 250GB of additional storage on its Picasa photo-hosting service.

While internet users can now expect to see more and more gmail.com e-mail addresses, few of them will be from UK users who, due to a trademark dispute, will instead receive a googlemail.com account.

Google confirmed today that a note on Wikipedia to the effect that it had acquired the UK rights to the Gmail brand is inaccurate.

German users will also receive a googlemail address, after the EU ruled in favour of Daniel Giersch who owns a company called G-mail. Giersch has announced that he also plans to defend the trademark in Switzerland, Norway and Monaco.

According to research firm comScore, Google has passed AOL to become the world's third biggest e-mail provider, with 60 million users. However it is still a long way behind Microsoft Hotmail and Yahoo, which have 236 million and 249 million users respectively.

Not that this concerns Brin. "The trick isn't getting more people to use the service," he said.

"The trick is to get more people to use the service more effectively."

Certainly Gmail has come a long way since it was introduced on 1 April 2004. The date, coupled with the fact that it was offering 1GB of storage compared to the 10MB or less that Hotmail and Yahoo! were providing at the time, led many to suggest that it was just one elaborate April Fool's joke.

Once it was established that it was genuine, Gmail forced the likes of Microsoft and Yahoo! to provide similar capacities, though neither has yet to match Google's offering. Still, even Yahoo!'s 1GB is more than enough for even the most prolific emailer.

Developers have duly found ways to use some of the excess Gmail capacity, building tools that employ it as general purpose online storage, for example, along the lines of Apple's iDisk (incidentally Apple was another company that increased e-mail capacity following the introduction of Gmail).