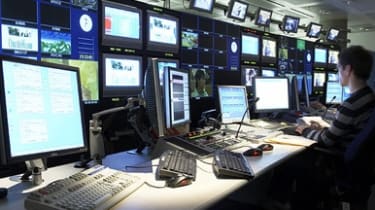 Red Bee Media specialises in the broadcast of digital media and offers the complete range of services required to promote, playout and provide access to broadcast content across all media, from television to mobile phones. Based in West London, Red Bee Media provides digital media distribution and promotion services.

Red Bee Media is currently responsible for handling thousands of tapes for clients such as the BBC, so it is imperative that its digital content is fully monitored, preserved and stored efficiently. In March 2006 Tony West, head of IT at Red Bee Media decided to look at better ways of monitoring and safeguarding its media using best-practice methods.

The value of Red Bee Media's business lies in the data and content it stores for its clients on conventional magnetic broadcast-grade video tapes. The company needs to ensure that all the content stored on the tapes can be instantly retrieved. It also need to ensure that at the point of writing each tape a good performing drive is used along with a reliable cartridge to ensure its retrieval.

"We look after media which stores television programmes, commercials and films and at any time this can be requested to go live on air. Unlike in other industries, where backups are only used for disaster recovery, our media needs to be constantly accessible and is the key asset to our clients" said West. "Bearing this in mind we needed to follow best-practice methods to reassure our clients that their content is safe. We also wanted to be able to proactively prove best practice in the case of an audit."

To deal with this the company chose storage media specialist Imation and its StorSentry software application, at a cost of 42,000. StorSentry allows you to monitor the use and condition of your media and the actual drives, managing your installed media and thereby make sure your backups are secure and reliable.

Before deploying StorSentry Red Bee Media could not predict when a tape or drive in its data centre could fail. Each new generation of storage technology sees more complicated tape drives being introduced; making responsibility for monitoring tape more complicated than it has been previously. As a result, it was critical for Red Bee Media that any risk involved in storing their content is reduced.

"Modern day tapes and tape drives are more sensitive than previous versions and are therefore subject to more complications" said West. "As with any technology there is always a risk and we decided to mitigate this by utilising an effective media monitoring solution. For example, a factor as small as dust can impact the performance of a tape. We wanted a tool which could analyse our systems, so that we would not have to investigate each tape or drive to pinpoint problems."

Monitoring archive storage Prior to installing StorSentry the IT team was monitoring its drives and tapes though error logs. However, these did not identify what the problem was - for example whether the issue stemmed from the drive or the media. StorSentry gave the team increased visibility of its drives, allowing them to locate precise information such as when media should be changed to ensure that content is not at risk. The tool also checks that the drive and media combination of the library is working at an optimal level, as well as establishing if data migrated from one type of media to another is required.

The installation of StorSentry took place within a couple of hours, with ongoing support from Imation. The software is non-intrusive and is installed on the media servers. The tool gives an overview of the state of the drives and the media, through a detailed inventory, and provides the IT team with three grades of alerts for media problems (warning, failure and critical). Red Bee Media has configured the Imation alert system to the highest alert setting so that it takes no risk with emerging problems and has a less tolerance for failure.

The tool allows the IT team to check if cartridges have reached the pre-set age or usage limit, and the pre-set error threshold. It also gathers information on the number of mount operations, duration of use as well as read/write deterioration rate. Within these alerts are clear advice and information on how the IT manager could solve the problem. This allows the team to schedule the maintenance at a time that's convenient for the business.

In addition, StorSentry helped Red Bee Media to obtain the optimum use from its drives in terms of throughput. The software provides an accurate overview of its archive allowing the team to identify if, for example, it is only using a particular drive 10 per cent of the time. By identifying a poor throughput the team can be more productive with the same number of drives. The company can also anticipate future growth by looking at how much tape is currently being used and look at the rate at which it is growing.

Red Bee Media is also working closely with the Imation team at its European Technology Centre in Neuss, Germany on producing audit reports. These give the team an expert overview of exactly what is going on in its data centre and identifies any potential problems.

West concludes: "The installation has proved a great success. The software identifies potential problems before they occur giving us time to fix them, so we don't have to worry about whether our magnetic tapes are wearing out. We are now absolutely confident that our clients' data is safe because errors are flagged to us earlier."

"Our management team know that it is getting the best out of our investment, and the solution alleviates the pain of day-to-day performance management at an operational level. We have been using Imation's professional services consultation to further identify and reduce the risks of storing content and we have already purchased more StorSentry licences."