There is more to satellite navigation technology than route planning for consumers. The latest crop of standalone devices and software for PDAs offer a growing level of business functionality. 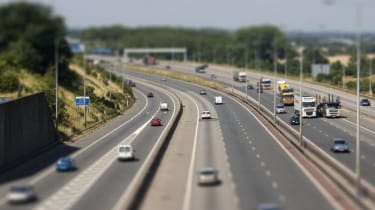 Satellite navigation devices (sat nav) have quickly established themselves as the must-have in-car gadget of the moment. In the last two years, sales of portable sat nav units have increased fivefold and there are now more than four million systems in use on the UK's roads.

As their popularity has increased, prices have tumbled. While early models cost 1,000 or more, quite advanced standalone units can now be found for less than 100 at supermarkets and car specialists such as Halfords.

We are also seeing a particular trend emerge, particularly among business users. Fleet managers and executives are increasingly opting for third-party add-on sat nav units over and above integrated factory fitted navigation systems.

The reasons for this are very simple - dedicated third-party sat nav units are smaller and neater than ever, ensuring that you can install them in a car without too much mess and fuss. It also means that you can easily upgrade as new models and improved features come along - not so simple when upgrading your sat nav involved replacing a harge part of a model-specific dashboard console. Finally, with theft of all types of sat nav units at an all time high, third party sat nav units can be removed from the car easily and taken with you, hopefully reducing the risk that a local yob will brick your car's windows in search of your device. Ease of removal also makes it far easier for the end user to perform firmware updates, map updates and additions, and the purchase and activation of additional premium services.

Third party sat nav solutions started out as software applications that could be added to your PDA. Companies such as TomTom, ViaMichelin and Navman made their names providing such software and bundles including the necessary GPS receiver (the integral part of any sat nav solution). However, a PDA doubling up as a sat nav can be a messy solution, with cables going everywhere to connect GPS unit to PDA and both to the lighter socket for power. Even the use of Bluetooth to eliminate some of the cables still makes for a cumbersome two-device install.

So, manufacturers have turned their attentions to dedicated devices, many of which are little more than a cut down PDA on the inside, but which come out of the box pre-installed with software, with a built-in GPS receiver, and many with rechargeable batteries or even capable of running off a couple of AA batteries.

More than just navigation So what sort of services can you expect to find from your sat nav unit other than the ability to plan a route from A to B. For the business user, effective route management is not only about finding the quickest way to a given destination, but also being able to remain productive behind the wheel while also staying safe.

Sat nav manufacturers have added a large arsenal of support services to both their software and their dedicated sat nav devices, to make the business traveller's life a bit easier and their journey more effective:

Weather: It seems like such a simple thing, but if your business operates field service engineers who have to work outside as part of their normal activities (window fitters or drainage specialists for example) then having ready access to frequently updated weather information can not only help you prepare for the next job, but also ensure you are carrying the necessary equipment to work comfortably and safely in that environment. Dedicated devices such as those from TomTom are able to connect via a Bluetooth-enabled phone to the net and download the latest weather information for your current position, destination or custom location on-demand.Traffic management: Probably the most important feature for a field worker is the ability to route around traffic problems. An employee stuck in traffic is one that is not able to be productive. Sat nav devices offer several ways to obtain near real-time traffic information that can be incorporated into your route plan, alerting you of upcoming problems and offering the option to reroute around them. The most common method for obtaining traffic data is via the RDS-TMC data service. RDS-TMC is the only international standard for delivering traffic information to mobile devices and in-car equipment. The UK has had nationwide RDS-TMC coverage since 2001 and compatible devices, such as those from ViaMichelin, TomTom and Route66, along with many factory-fitted devices, when equipped with a suitable aerial, are able to grab free traffic data from the RDS-TMC data channel, which piggybacks existing on existing FM radio broadcasts. RDS-TMC is available in Austria, Belgium, Czech Republic, Denmark, Finland, France, Germany, Italy, Netherlands, Spain, Sweden, Switzerland and the UK.Speed cameras: While the legal issues of radar devices prevents us from being able to recommend them as an option, static GPS data showing the location of speed cameras is completely legal, and is offered as an official option by many sat nav manufacturers, as well as in the form of value-added options included by retailers and from third-party providers of points of interest (POI) data files. For example, TomTom offers annual subscriptions to its speed camera database via its TomTom Plus premium options service. For a fee, you can access regularly updated information on both static and mobile cameras. Users can upload details of new cameras by pressing an on-screen button as they pass a camera not already in the database. Updates to the device are performed via syncing with a PC, or over the air in conjunction with a Bluetooth-enabled mobile phone.

Buddy lists: An interesting TomTom feature, and one that makes a lot of sense for businesses where sales staff, engineers and other mobile workers are regularly in the field in their cars. You can create instant message-like buddy lists of other TomTom device users, and have their location to you shown on your route map and via the buddy list, with the data relayed via your mobile phone data connection. This is particularly useful if, for example, you are a salesman on your way to a client and you need to know where the nearest engineer or delivery driver is in relation to you in order to help solve a problem.

Messaging: Again, making use of an associated mobile phone, messages can be relayed to and from the sat nav device. Both TomTom devices and PDAs using the CoPilot Live software can receive messages either from other users (such as TomTom buddy list users), or in the case of CoPilot and the fleet version of the TomTom software, from a central location or via a web page, meaning that important information such as appointment cancellations can be relayed to the mobile user without them needing to touch their phone, and with it risk a fine and penalty points.

Phone management: The heavy reliance on data-enabled Bluetooth mobile phones to provide the return path for these additional data services has one particular benefit for the user - the ability to use many dedicated sat nav devices as handsfree Bluetooth phone adapters. With recent changes in legislation, use of a phone without a suitable handsfree kit will incur not only a hefty fine but also three penalty points on your licence. Many sat nav users already have a handsfree kit in their cars and don't realise it. High-end units from the likes of TomTom, ViaMichelin, Garmin and Navman offer call handling, allowing you to answer and hang-up calls via on-screen controls on the sat nav (with audio routed through the speaker on the sat nav device and your voice usually picked up via a built-in or cable-based mic). Some models will also allow you to dial, and manage SMS messages.