But many organisations are using serious games for training and collaboration without even realising it. 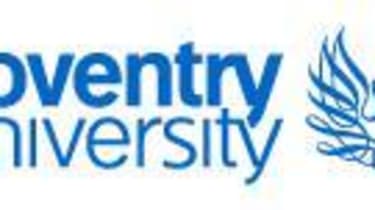 The market for serious games is seriously underdeveloped but many corporations are using the technology without knowing it, according to a new report by Coventry University's Serious Games Institute.

Nearly all respondents to a survey - some 93 per cent - said the market was underdeveloped. The report said: "Superficially at least, the market for serious games appears to be in the doldrums."

"The message is that the market has huge potential, but its size is difficult to estimate," said David Wortley, director of the Serious Games Institute. "The market is now becoming mainstream, but it's hard to assess its size."

Serious games use computer and video game technology for uses other than pure entertainment, such as e-learning. The bulk of games, about 60 per cent are based on PCs, while another 10 per cent are on the Playstation console - but some are even based on low-tech board games.

The technology has been used to develop hand-held consoles, social networking platforms, simulations and e-commerce for military, education, public services and other organisations.

"The market is primarily in sectors where the whole notion of serious games is easiest to understand," said Wortley, citing military, health care, safety and education as key areas. "It's the increasing realisation of the potential of games to experiment in a safe, risk-free environment. It's easier to train when you're not in danger of being killed or in danger of killing someone else."

But the market may be stronger than it looks, he said. "Corporations are already getting into this space. It's the start of an exponential curve," said Wortley. "They wouldn't call it by the serious games name or sit down with a developer, but they realise they have to engage learners and learning applications must challenge and engage."

According to the report, 21.4 per cent said sales in serious games had increased over the past three years, but many firms said they had difficulty getting repeat business - possibly a function of the youth of the sector. Only three of the firms surveyed were more than ten years old, with the oldest was founded in 1984.