The chip giant is spending $2.5 billion building Fab 68 in the city of Dalian. 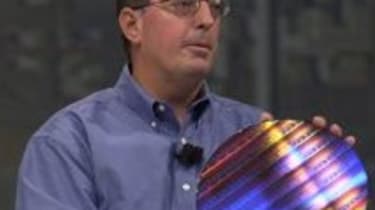 Chip giant Intel is boosting its investment in China by opening a new 300mm wafer fab in the city of Dalian, in the north-east province of Liaoning.

While the company has a number of such chip factories around the world - in Israel and Ireland, as well as the US - this is its first in Asia.

In what is described as a $2.5 billion investment, Fab 68 is Intel's first new wafer fab at a new site in 15 years.

"China is our fastest-growing major market and we believe it's critical that we invest in markets that will provide for future growth to better serve our customers," said Intel's president and chief executive Paul Otellini.

"Intel has been involved in China for more than 22 years and over that time we've invested in excess of $1.3 billion in assembly test facilities and research and development. This new investment will bring our total to just under $4 billion, making Intel one of the largest foreign investors in China."

"This is one of the major cooperative projects between China and the United States in the area of integrated circuits manufacturing in recent years," said Zhang Xiaoqiang, vice chairman of the National Development and Reform Commission.

"The project will further strengthen Intel's leadership position in the semiconductor manufacturing in the world."

Work will start on the new fab later this year and production is scheduled to begin in the first half of 2010. At that point there will be eight such 300mm plants in Intel's manufacturing network.

The advantage of the larger 300mm wafers - as opposed to previous 200mm sizes - is the manufacturing efficiency that can be achieved by cutting more chips from a single wafer.