Wireless at the Coalface: Part 2

IT PRO talks to IT managers in the public sector about their views on current wireless technology, and their hopes for its future development. 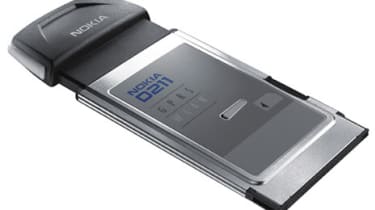 In the first part of this feature series we talked to two IT managers from the business world about the challenges they face in implementing wireless and mobile technology.

We asked about the benefits that current products are delivering for them, the limitations of today's technology, and about their hopes for how standards might evolve to better meet their needs in the future.

This month we pose the same questions to two senior IT professionals in the public sector.

The University of Portsmouth has grown rapidly, with applications for student places up by 70 per cent over the last four years.

It has a base of approximately 18,000 undergraduates, which it needs to provide with convenient and easy-to-access IT infrastructure. It decided back in 2001 that the 1,500 wired PCs it was making available for students to use in a few fixed areas were not meeting these needs on their own.

"With more and more courses having an electronic element, we needed to do better," says Cox. "We decided to give students mobile, real-time access to the university's network by attaching their own laptops to a wireless LAN."

He says the plan was a wireless LAN that would allow access from seminar rooms, lecture theatres, student unions and other areas across the campus, all at a low cost.

Cox says a period of evaluation ended with him speaking to Symbol Technologies about 802.11b, which was in its infancy at the time. "We based a pilot around a couple of access points they supplied us with," he says. "It was a three month trial that never ended."

What has changed since the initial pilot, he says, is dependence on a traditional wireless infrastructure where the intelligence of the system is housed in the access points.

"This resulted in a management challenge and unnecessary security threats," he told IT PRO. "The university required a system that could be easily administered, was secure and could be easily relocated. We went for a Symbol wireless switching solution, quite new at the time, because it promised to not only lower the costs of deploying network infrastructure but also help in driving down the cost of managing, maintaining and upgrading a wireless network."

The first wireless switches and access ports were installed on the university network in December 2002, providing students with speeds of 11 Mb/sec. Upgrades to these now provide access speeds up to 54 Mb/sec.

The network is controlled by five primary wireless switches and is backed by an additional five wireless switches for redundancy purposes. The University has set up approximately 100 wireless hot spots across its campuses.

"Fat access points are hard to manage," says Cox. "We wanted something more central. We were one of the first sites in the UK to use wireless switching - quite a radical gamble really. We still have a base of desktop PCs, but most students use their own Wi-Fi-enabled laptops.

Cox says he's keeping a close eye on developments like WiMax. "The problem we have is that we have students from all over the world, which works well for Wi-Fi as that's common pretty much everywhere," he says. "WiMax is a harder nut to crack. Maybe when Mobile WiMax happens, if it happens, that'll be the time to change. You should be able to put Mobile WiMax on buildings and get plenty of coverage, as it's not 'line of sight'."

All this is a couple of years off at least, says Cox. "But you've always got to look now for the future," he believes. "Perhaps they'll merge WiMax and Wi-Fi. That would help. Or with lots of students living in private accommodation, maybe WiMax would be useful for backhaul back to the campus."

Timing is key, says Cox: "You can make mistakes. Do you remember those Rabbit signs over every newsagent 15 years ago? 'That's amazing' we all thought, but it didn't survive. Maybe that's today's wireless technology in 15 years."

3G is an option he's also pondered: "I have looked into it," he says. "Speed is the real problem. You'd get a wider area of coverage but a lower quality of service."

Mobile security is something that causes Cox constant concern. "We considered a VPN model, but there were too many issues," he says. "It affects all-important roaming capabilities. We'll stick with Wi-Fi Protected Access [WPA], and will move to WPA2 when we can. WEP is too hackable. We authenticate users against a Novell NDS system so you can't get on with no account. We know each user and where they are logged."

More than five per cent of Dundee City Council's 7,500 employees spend the majority of their time out of the office, working with people in the community. This has driven the authority to become one of the UK's leading public sector users of mobile technology.

Council staff use tablet PCs equipped with T-Mobile's Web 'n' Walk data cards, as well as smartphones, to give them internet access to office applications and email on the move, says Bell.

"One of the best examples of how mobile working technology has delivered for the council is demonstrated by the revenue and benefits team," he told us. "These officers spend much of their time out of the office chasing council tax collection. This used to be a time-consuming process, often taking up to two weeks from start to completion. Now, these officers are wirelessly connected to the council network, they can check any necessary changes while at the property."

This, he says, has brought huge time and efficiency savings for the department, and has led to an increased tax collection rate of four per cent.

Another example he cites is the council's social work department: "They are able to take their laptops on home visits to disadvantaged youths, and during their meetings with these constituents, it is now possible to discuss what courses are available and book spaces immediately."

In the past, he says, the time lag between the visit and follow-up activity might have meant lost momentum.

The history of how Dundee came to this point of leading edge mobility is instructive.

"Three years ago we decided to pursue a consolidation strategy," says Bell. "We were moving to a new HQ and wanted to standardise around the least possible range of products and technologies. We wanted to push the boundaries of thin client computing as far as possible as part of that. We now have a blade server platform connecting to thin clients on the desktop."

He says things like disaster recovery are much simplified because there aren't five or six different platforms he needs to replicate.

"The new setup was also the route for us into increased mobility," he explains. "We introduced a mobile strategy four years ago on the back of the consolidation. We didn't want to throw too much money at it at first, as we did not have many mobile users. But it was very important to us that they had all the same benefits and access to the same applications as the office users."

The current model uses tablet PCs connecting over GPRS to a server that holds all the applications they need. With this arrangement, there was no need to go out and find a whole turnkey mobile solution, says Bell.

"I've started to look now at things like WiMax and Wi-Fi mesh," he says. "WiMax in particular could represent considerable change coming our way. We have to consider this sort of thing now in order that we might be in a position to implement it later on, when its cost is not at a premium and a range of infrastructure is available. We've got no pilot going on at the moment, but I'm in discussions with colleagues about the possibility."

Bell says the awards Dundee has earned for being ahead of the game are a blessing and a curse: "The trouble is that everyone looks at us to see what we're going to do next. We're under a lot of scrutiny."