With the price of copper cabling going up in price, fibre optic is now cheaper to install in new buildings, claims chief engineer of BT Openreach. 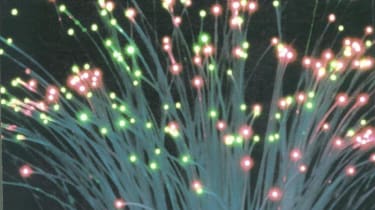 Telecoms giant BT is re-examining its stance on installing fibre optic to the doorstep for new buildings, in light of soaring copper wire costs.

The company is considering changing its policy on the installation of fibre optics, having previously rejected fibre as too expensive and unnecessary.

Bob Cowie, chief engineer of infrastructure arm BT Openreach, said that the rising price of copper had prompted the telecoms company to reconsider.

'The most significant change in the last 12 months has been the price of copper on the world market, Cowie, told journalists in Tokyo. 'It genuinely is now a cheaper option for new sites to build fibre networks from scratch.'

Late last year, Paul Reynolds, chief executive of BT Wholesale, said that he did not believe that there was a business case for connecting homes with high-speed optical fibre technology. He said that BT's copper-based 21st Century Network, which is currently being phased in, will provide enough bandwidth for faster, ADSL2+ broadband services up to 24Mbps.

BT is also concerned that an expensive fibre optic network would be available to its competitors for next to nothing, under rules which ensure that all Internet service providers have equal access to the UK's broadband infrastructure.

Currently BT has some 120 million kilometres of copper wires on its network and just two million of fibre optics. However a shift to fibre would require regulatory approval by Ofcom, which said earlier this year that there are a number of problems that mitigate against its widespread adoption.

According to Ofcom chairman Lord Currie: 'The services are not yet defined, the technology is not yet stable, and so it is too early for a regulatory approach.'

But he did concede that fibre could solve the problem of providing high-speed services to homes and business located too far from an exchange for sufficient bandwidth to be delivered over copper.