AMD to take on nearly £1 billion in new debt 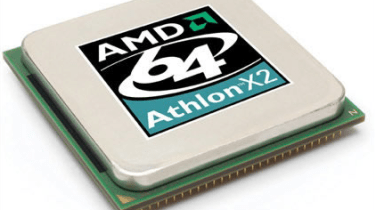 AMD's recent profitability woes have been well reported and digested by now. The company's long-term prospects are closely tied to its upcoming quad-core Barcelona architecture, new generations of the ATI video technology it acquired last year and ultimately, what the company hopes will be a successful and beneficial merging of the AMD and ATI design resources to create an entirely new generation of computing devices.

In the short-term, however, the company simply needs cash on hand, and has moved to secure it with an announcement that it will issue as much as $1.8 billion of debt. Roughly one-quarter of the amount raised will go towards debt incurred in the multi-billion dollar buyout of ATI. The company lost over $600 million in 1Q 2007 as Intel's desktop and server products have regained coveted market share from its chief x86 rival.

The last time AMD was on the ropes was the late 1990s, when the company's K6 CPU products badly lagged Intel's Pentium line in performance and market penetration. The Athlon substantially leveled the playing field, and not coincidentally sparked the clock speed race in earnest on the desktop. Although industry watchers are not, by and large, speculating about the demise of the company the same way they did before the Athlon launch, some have openly questioned whether the company may face a more significant restructuring or buyout in the months ahead.