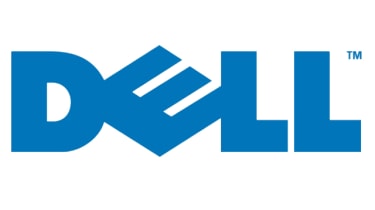 In a move both parties have hinted at for weeks, Dell and Canonical have announced that the PC maker will soon offer new PCs for sale with the Linux-based Ubuntu operating system preinstalled. Dell has not committed to sell Linux across its entire product line, saying only that Ubuntu would be offered on "select consumer desktop and notebook products." That list was not available at press time and no computers are currently listed with Ubuntu as an available operating system substitute. Nor did Dell offer any immediate hints as to how the cost of identically-equipped computers with the free Ubuntu 7.04 operating system would compare to those running Windows XP and Vista, which require license fees to Microsoft.

Typically Linux enthusiasts have sought major OEM endorsements and bundle deals for the same reason those OEMs have been shy about embracing desktop Linux-they must commit their support organizations to care for customers who choose the alternative OS. That is why major OEMs, including Dell, typically experiment with Linux as a feature offered only to high-volume customers, who can afford to take on service contracts justifying the added complexity in the support organization. This will be the first time a top manufacturer puts its name on a significant line of Linux-based PCs.

Over the past several years, a variety of Linux developers have attempted to stake a claim to a usable, mainstream audience for the operating system and sold the operating system at retail, but have made little SOHO headway against Windows and the resurgent Macintosh offerings. Corel abandoned its Linux distribution, paired with WordPerfect and Corel Paint, years ago. Red Hat, once considered a prime candidate, pulled back on its desktop Linux years ago in favor of focusing on its server offerings.

Ubuntu will certainly not be Dell's first Linux, nor is Linux the only Windows alternative Dell ships on its PCs. Dell has shipped and supported Linux in one form or another since 1999, when it formed a relationship with Red Hat. And a small line of Dell computers is available with FreeDOS bundled.