Intel today officially launched the next generation of its Centrino mobile platform, formerly code named Santa Rosa. IT PRO spoke to Arun Sheroy, director of Digital Enterprise for Intel in the UK to find out what this news means for business users. 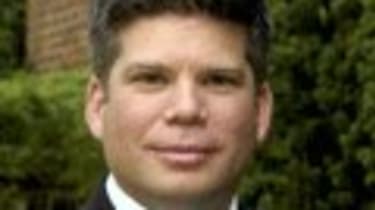 All eyes were on Intel today as it officially unveiled its latest Centrino platform for mobile computing amid great fanfare.

IT PRO was lucky enough to get some 1:1 time with Arun Shenoy, the man charged with looking after Intel's key customer and partner relationships in the UK. He's been with the chip giant since 1994 so has witnessed the company undergo many changes and been involved in numerous launches.

We wanted to know why this launch is such a big deal for Intel, the industry and IT managers and cut through the hype to get to the answers about what it all really means.

If you had to summarise the announcement in five words or less what would you say?

Building on those words, can you provide a general overview what Intel has been talking about today?

If you go back four years to 2003 to when we launched the first evolution of Centrino technology, we talked about four vectors for the first time, which were performance, wireless, battery life and new form factors.

We have spent the last four years building on those vectors. We've dramatically increased performance, extended the wireless capabilities with Draft N so that wireless connectivity is five times the bandwidth provided by the old standards, battery life is significantly better than previous platforms and we've added lots of new form factors.

On one level we have made significant progress innovating on what was already a very strong platform. But what is very exciting today for IT managers is that we have brought the security and manageability capabilities announced last year with vPro into mobile platforms as well as delivering on the previous four vectors.

There's been a lot of talk about what you've been doing in this area for some time and many have been waiting for today's news with baited breath, but how big an announcement is this for Intel?

It's the biggest announcement we will have in business this year. It's on the same kind of level announcement-wise to vPro last year.

From a business standpoint it's the biggest new platform we'll be announcing this year and the vast majority of our marketing money in the second half of this year will be spent on positioning the platform and informing end IT users that these capabilities exist.

How big an announcement is this for the industry?

Obviously I'd say very big but let me expand on that a little bit. Just looking at Centrino Pro on the basis of improving on the four vectors we talked about before we launched in 2003 and I don't think it's a very strong industry message. But the fact that we're bringing manageability and security to the client estate that didn't exist before is very big news for the industry and as such we expect to see a big ramp up in mobile shipments this year.

In 2003, for example UK mobile shipments were 20 per cent and at the end of 2006 they were up to almost 46 per cent. We expect them to go beyond 50 per cent this year. The single biggest reason for that is the confidence that IT managers can take away from this platform in terms of manageability and security. And, as more and more people work remotely, they can also extend the reach of their enterprise infrastructure out to those workers.

So presumably they'll be productivity gains for both end users and IT managers alike?

Absolutely. We announced the results of a survey this week that talked about productivity gains in the UK in the last 20 years as a result of clever use of IT and 50 per cent of people said that the vast majority of the improvements came from using laptop computers.

So how does the latest Centrino platform alleviate those headaches?

It creates clients that to a certain extent heal themselves. A Centrino Pro-based laptop can detect behaviour in a way that analogous to having a virus and isolate itself from the enterprise network while alerting IT management that it has a problem and it will only be allowed back once the virus has been isolated.

Also, so many IT mangers have to request that mobile workers come in every couple of weeks so that they can make sure they have the right level of software virus signature files and that they're up to date.

So at a high level for these [IT people], this technology couldn't have come soon enough. Up until vPro, the IT industry was focused on solving all problems at the software level. We haven't brought manageability to the client as it's been there for a very long time, but we have taken management and security capabilities into hardware specifically focused on a few areas [of relevance to IT managers].

For example, one in seven support instances require a desk-side visit. One in seven doesn't sound like a lot and it isn't really, but considering they account for half of the support costs it's the most expensive way to fix the problem. Being able to fix a failed operating system or virus infection remotely is the area where we and IT managers see significant cost savings.

The chip market has experienced quite a bit of turbulence in the last year or so and companies have been hit financially. Could Santa Rosa be the tonic the industry has been looking for?

That's true to a certain extent but I think the real tonic arrived about a month ago when Core 2 Duo went mainstream for businesses and consumers.

I think it's fair to say that we have overtaken our competitors as far as technology leadership goes and I would argue that we offer the best performance, wireless and so on for businesses across the board.

So now that we have that leadership position we have a great opportunity to build on that and provide IT manages with more and more features that address their key concerns. Security and manageability are high on the agenda and for most people they are number one and two, so the feedback we've been getting is that we have absolutely gone down the right path.

And, if you look at Q1, people have been voting with their feet and we're growing in market segments that are already established in the UK and the mobile mix is moving very quickly upwards.

Obviously the level of take-up for the new platform depends largely on the success of laptop and notebook manufacturers, but how quickly do you think people will gain an appetite for the new technology?

We strongly believe that the Centrino Pro platform has a wide ranging appeal for businesses at all levels and we're going to encourage IT managers and customers at large that when they go to tender for their next client refresh it should be first and foremost on their list. That's because of all the additional capabilities and the opportunities they can enjoy, but most importantly because those technologies don't exist in other platforms so they offer significant value as technologies in themselves.

We expect to see a similar level of success to what we've had with vPro. We're thrilled at how that is going and we have lots of very big customer deploying vPro hardware quite often in advance of getting their management up and running so it's often catalytic in terms of uptake. We've also had feedback from IT managers that this platform couldn't have been here soon enough.

Analysts have mixed views about the impact it will make. What would you like to say to the sceptics?

I think what a wonderful thing history is. If you look back at their predictions and forecasts for the last few years they have widely predicted the death of the desktop. But just looking at Q1 there is still a very strong volume.

I also remember some comments about vPro but we are now ahead of expectations compared to some of the forecasts and I absolutely expect the same thing to happen as far as Centrino Pro is concerned.

It must be nice to be able to prove them wrong sometimes?

Yes, and prove people wrong in such a positive way. It isn't a case of "I told you so, the market has shrunk." It's quite the opposite, it's "I told you so but the market still continues to grow at almost double digit growth." It all comes back to the central tenet that as long as we focus on addressing IT managers' concerns we will be successful in this space. The minute we ignore their concerns is the minute we won't be [successful] and that is largely where our competitors are currently based.

What's next for mobility at Intel?

Generally speaking you're going to see a lot more developments from a technology standpoint around the Intel architecture. It's growing in terms of our core business. Going forward and we talked about some of this at the Intel Developer Forum in Beijing, we're going to be investing in smaller, denser devices such as ultra portable and mobility in other devices based on the Intel architecture instruction set. They'll also be a focus on devices that require extremely high levels of mobility and internet capabilities wherever people are as well as things like 24-hour battery life in the future.

We're focused on the areas that IT managers have highest on their agenda.