Ahead of flexible working awareness week, a Gartner analyst lays out the future trends for mobile working and tells companies how to get it right the first time. 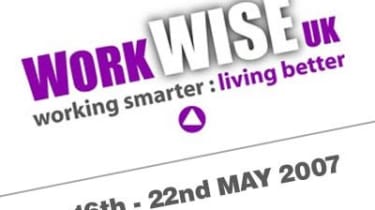 Beginning this Wednesday, Work Wise UK is encouraging companies and employees to take the flexible route and work from home to help work-life balance, cut traffic and emissions and boost productivity.

Ahead of National Work from Home day on Friday, IT PRO spoke to Gartner analyst Caroline Jones about future trends and how to get started.

According to Gartner research, there are 5.6 million workers - some 19 per cent of corporate employees - in the UK who telework for at least one day a month. That's expected to increase to 24 per cent by 2011, to a total of 6.8 million - about four per cent annual compound growth. "It's not mega-growth, but it's still healthy," she said.

While Germany and the UK have the highest numbers of mobile workers in Europe, Nordic nations such as Finland and Sweden have higher penetration rates.

"In the UK, it's popular and suits the way we do things," she said. "If you go to Southern places, like France and Spain, far fewer of the corporate population are teleworking. The idea of mixing home and work life is not something they've wanted to do."

Nordic nations are ahead of the curve largely because of government help in the form of tax cuts for companies that supply PCs and internet connections in the homes of their employees - a good boost to the economy as it encourages people to take up the internet. Such programs are not on offer here in the UK.

"The UK has a high proportion of teleworkers in spite of a lack of direct intervention from the government," she said.

"It's happening in spite of them, because it works... People in the UK carry on and do it anyway."

The steady increase is being driven by technological advances, such as the proliferation of fast broadband connections, but also an increasing desire to balance work and life and avoid London's traffic nightmare, she said.

Flexible working programmes can also help disaster-proof an office. "Flexible working is a great way of being disaster proof," Jones said, adding that if something happened in London and employees couldn't get to work, home working arrangements which were already in place could keep the company going.

Despite the benefits, flexible and mobile working arrangements bring new challenges to IT departments, who need to sort out broadband connections, hardware and applications for people working from home or elsewhere.

Jones said businesses should run a small pilot to figure out how best to solve problems such as whether to set up new broadband connections in people's homes, or to let them use their current connections - and if so, how to bill the costs.

The same questions come up for hardware. Should employees use their own home PC or be outfitted with a company PC or laptop? And, for security reasons, do you restrict what they can and can't do, and where on the network they can and can't go?

"It's a playoff between paying to make sure what's on machines and security, or more flexibility," she said.

The key issue, Jones said, is scalability. "If you haven't set up with parameters, policies and expectations, it's difficult to scale it up without problems," she said.

She warned companies against taking an ad hoc approach to their flexible working arrangements. "Companies need to think about not being too casual about how they set up," she said. "As more and more people want to join it, it's harder to set up responsibility and expectation."

But without a pilot and proper planning, businesses "could end up going down a road and finding it's a blind alley," Jones warned.