As YouTube removes videos on request of the King of Thailand, it may seem that internet censorship is escalating to a dangerous level. Laws, however, are what the business community should really be worrying about. 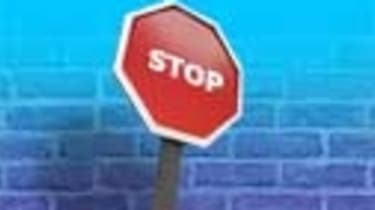 The recent news that video-sharing site YouTube has decided to remove four clips deemed to be offensive to King of Thailand marks a surprising climbdown in this latest attempt by a powerful entity to censor an internet media service.

Initially, Google refused, resulting in YouTube being blocked in Thailand altogether. One clip in particular showed graffiti being sprayed onto a picture of the king, a sensitive issue indeed following the conviction of a Swiss man in Thailand in March for doing just that. Under the Thai "lese majeste" laws, it is still illegal to criticise or offend royalty in any way.

Following the letter, six of the clips were removed either by the posters themselves or by site administrators for violating YouTube's code of service. However, in a new twist, it emerges that YouTube has changed its stance against censorship of legitimate content altogether and conceded to delete four of the remaining six clips - an action that resulted in the Thai access block being lifted, once again allowing Thai internet users to access the video-sharing site. The last two videos will stay up, with Google stating in a letter to the minister: "Because they are political in nature, and not intended insults of His Majesty, we do not see a basis for blocking these videos."

This incident is the latest to challenge the intrinsic freedom of the internet. Google in particular has been criticised - perhaps unfairly - for publishing a censored version of its search engine in China and for compromising its own, long standing mission statement: "don't be evil."

What impact will this have on the business community? With an increasing number of companies large and small relying heavily on the internet as a marketing and communication tool, it might seem that moves towards censorship or criminalisation of internet content and publishing could be dangerous for anyone involved in it, from the enterprise to the individual blogger.

One of the main advantages of web technologies in a business context is undeniably the access to a wide audience, and limitations to this can only be detrimental. With 12 countries, including Turkey, China and Iran censoring internet services to their citizens, a worryingly large proportion of the global population is missing out on full access to content and information.

However, according to Graham Titterington, an analyst specialising in IT security and business continuity at Ovum, censorship measures in many of the aforementioned countries, including China, are not particularly stringent. Surprisingly, Saudi Arabia and Singapore - both well documented for having conservative governments and traditional attitudes towards unrestricted public expression - are much more adept at blocking sites they don't like from their internet users. Therefore, it seems that political censorship actually has very little impact on business.

More worrying, says Titterington, are the risks facing companies that offer a service that may be illegal in countries in which it has customers. This is the case, for example, with online gambling sites operating from the UK. The sites are illegal in the US, and it is the unfathomable responsibility of their owners to ensure that they do not accept bets from US customers. Titterington adds that this is particularly difficult issue for UK businesses because "the US claims jurisdiction over the whole of the internet."

It seems then, that businesses which may be in breech of overseas laws are vulnerable to prosecution and must take steps to protect themselves by making every effort to restrict their service to legal users only. Failing that, gambling site owners may wish to reconsider any plans to visit the US, where arrests on landing are not unheard of.

Ironically, too much internet freedom has also, at times, been considered a threat. For example, Google itself was criticised in 2005 for its efforts to make digital versions of children's literature freely available on Google Books.

Furthermore, file sharing sites, which have "freedom" as their premise, are constantly under attack from the music and film industries, keen to defend intellectual property such as recordings and lyrics.

This, says Titterington, is a different issue altogether and necessitates a different remedy: copyright owners should continue to sue where their material has been used without global reproduction rights.

It seems, then, that though a limitation of freedom can cause problems for businesses, regulation - if not censorship - is required if companies and individuals are to protect their assets.