IT PRO sent one of its editors to experience working from a coffee shop to see if workers can be productive over some Java. 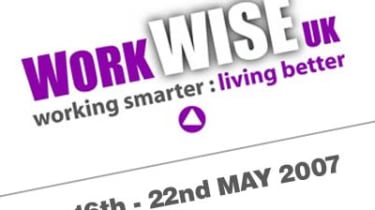 According to wireless hotspot finding website Jiwire there are 1,513 places in London where one can access the internet wirelessly. It doesn't say how many are easy to log onto. Or indeed how much work you will be able to do once connected.

In the middle of Work Wise Week, we continued our look at how easy it is to work outside of the conventional office. We sent one of our team to the local Starbucks, one of the first high street chains to offer wireless hotspots, to see how viable it would be to work flexibly from a coffee shop.

Many of us will have seen the little notices that plaster many such establishments advertising their wireless credentials. As we had access to a T-Mobile Web'n'Walk PCMCIA data card that allows the user to access the internet via a T-Mobile or partner wireless hotspot, or the card's own 3G connection (and if that fails it can always use the relatively slow GPRS connection) - we would get access no matter what and it turned out that it would come in very handy!

The local Starbuck's was relatively quiet for the time of day and no one else for a good twenty minutes came in to use the hotspot (later on we would be joined by someone also using their laptop).

First, the T-Mobile card had a mandatory update to download, so we allowed it to download this code and let it do its work. Problem one: as we were determined to be completely wire free, we didn't bother packing a mains cable and the update insisted that the firmware required mains power before it did anything with the firmware. So we cancelled the installation and hoped that this wouldn't affect the experiment. A quick look around the shop floor didn't reveal an available power socket anyway.

Luckily the card was still functional, so we used the card's 3G connection to get initial access to an email that contained the username and password we needed to access the 802.11 wireless hotspot. That worked quite well, we managed to retrieve the email and enter the username details and connect to the Wi-Fi hotspot. Success - for 30 seconds - then for some reason the hotspot connection managed to cut itself off and we never managed to reconnect.

We hope this is not the usual experience that most workers outside the confines of the corporate network would face.

Although we only had an hour for the experiment, about five or ten minutes of that was actually spent writing or checking email, the rest was spent trying to find out why wireless access restricted itself to 3G. We did try to access the hotspot a few more times during the experiment to no avail - so it was back to the much more reliable 3G connection to continue working.

Of course, the gentleman who sat next to us did not appear to have any problems with flexible working. We observed him working away on a few files although we didn't see him using the internet, so we couldn't confirm whether our problems were down to the hotspot or our standard-issue breezeblock laptop.

Having been to this Starbucks before and used the very same wireless hotspot to connect to the internet, we were hoping to repeat the experience we had last time of virtually effortless internet access. But technology this time prevented us from getting the full experience. This time we had to settle for 3G connectivity which was OK and workable but can at times feel a little slow compared to wireless. This slowness can impact productivity and the upshot of all these problems for us was that most of this case study had to be written back at the office.

Aside from technological problems, the ambiance of the coffee shop does not really lend itself to being a work environment as much as say working from home. Trying to connect to the internet and then work in a noisy coffee shop maybe some people's idea of flexible working but not others who would much rather work from home where it can be much more peaceful and productive.