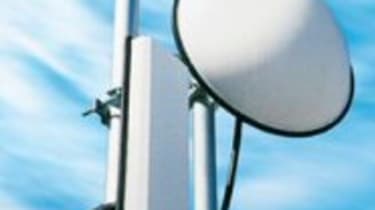 Providers of WiMax network services to large offices will be unsuccessful without a dedicated system covering the building from the inside, according to an independent wireless industry consultant.

The cost of an effective system that operates from the outside in will become more prohibitive the larger the building, warned Andy Barnard, managing consultant with Red-M, speaking at the Mobile Broadband Congress, held in conjunction with The Wireless Event at Olympia this week.

"Despite the many upsides of WiMax, dedicated indoor systems will still be necessary in many locations," he said.

"For small to medium buildings, though, the best strategy may well be outside coverage. The problem is that for large buildings, WiMax macrocells will generally lead to huge penetration losses. The most bandwidth-hungry services are likely to be those used indoors where microcell costs per bit are highest."

Barnard cited streaming media, IPTV and mobile internet as examples of applications that could affect WiMax penetration from the outside in.

The higher the band, the worse the problem, he says.

"The problem with WiMax is its high frequency," said Mike Baker, chief executive of Zinwave, a company specialising in in-building wireless networks, speaking to IT PRO at The Wireless Event.

"The higher the frequency, the worse the attenuation of delivering it from outside a building in. It's the same sort of problem with 3G, which has worse propagation into buildings than 2G, with its lower frequency. The only solution for deploying WiMax in a large office building is from within."

Those wanting WiMax coverage inside large buildings still have other decisions to make, according to Baker. He said: "They have to decide whether to use a system based on picocells inside each room, which can be difficult to control, or to go for a distributed antenna system, or DAS for short. DAS is much more scalable and easy to deploy."