Dell to cull 10 per cent of staff in next year

Despite reporting Q1 sales of $14 billion, Dell plans to shed 8,800 jobs worldwide as it attempts to rein-in market-leader HP. 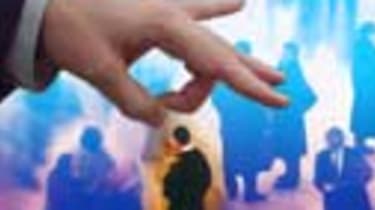 Against the backdrop of releasing first quarter results showing bumper sales of $14 billion, Dell has announced plans to cut around 10 per cent of its global workforce over the next year.

Despite a three per cent increase in sales, the company suffered a dip in first quarter net income of $759m, down from $762m last year, prompting it to reduce headcount in a drive to create more slim line overheads.

The company will shed around 8,800 of its total workforce as part of chief executive Michael Dell's plans for a 'transformational drive' in operations, which he said is critical to maintaining value for money for customers.

It is understood the cuts will affect all departments and all regions, including Dell's Irish operations, which employ 4,500 people in Limerick and Cherrywood, near Dublin. Around 450 of the Irish workforce are expected to lose their jobs.

Michael Dell said he expected second quarter operating profit margins would be "under pressure" and he is keen to "restore competitiveness to the core business."

The company lost its status as the number one worldwide computer shipment company to HP last year, and wants to regain ground on its major rival. HP currently has a four per cent lead on Dell in terms of overall PC shipments.

"While reductions in headcount are always difficult for a company, we know these actions are critical to our ability to deliver unprecedented value to our customers now and in the future," Dell said in a statement.

Dell has also undergone a major board level shake-up over the past six months, with Michael Dell returning as chief executive officer in January. The company said it had undertaken a raft of customer service changes in a bid to improve value for money for customers.