The two companies strike an agreement covering LG's use of 'Microsoft-patented innovations' in its products, such as its Linux-based embedded devices. 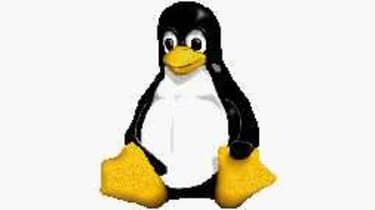 South Korean technology giant LG Electronics has signed a cross-licence agreement with Microsoft concerning the use of Linux.

The electronics firm is following in the wake of Novell, and more recently Xandros, in cutting an intellectual property deal with Microsoft.

In LG's case the agreement covers using 'Microsoft-patented innovations' in its products, such as LG's Linux-based embedded devices.

In return, Microsoft will have access to LG's patents and will also be able to licence patents developed by LG but now owned by MicroConnect Group. While the specific financial terms of the deal are not being disclosed, it has been revealed that Microsoft will be making a payment to LG and MicroConnect.

According to the deal, however, LG will be making ongoing payments to Microsoft "for the value of Microsoft patents as they relate to Linux-based embedded devices that LG produces."

As with the Novell and Xandros cases before it, this last element will prove controversial within the software industry. While Microsoft has claimed that Linux infringes 235 of its patents, it has refused to take up Linus Torvald's challenge to provide details.

Proponents of Linux argue vociferously that Linux does not infringe third-party patents, and if it does the open-source community could always code around any points of controversy.

Furthermore, given IBM's backing for Linux - demonstrated in its long legal tussle with SCO over the 'ownership' of Linux - any challenger to Linux and the open source development community could well feel the force of IBM's own heavyweight patent portfolio.

LG will be well aware of these issues, however, and has still decided to throw in its lot with Microsoft and pay for potential patent protection: "We believe that the licence arrangement with Microsoft provides appropriate recognition of the value of LG's computer system-related patents, which includes patents directed to computer architecture utilised in game consoles and other products," said Jeong Hwan Lee, executive vice president of the intellectual property centre at LG.