Touch screens on mobiles "the next big thing" 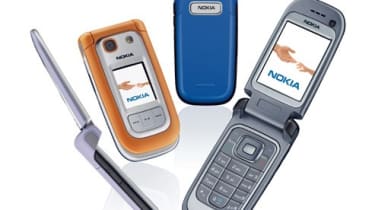 Touch screens on mobile phones, such as the forthcoming iPhone from Apple as well as optical sensors will be the future of handsets, according to Nokia's chief technology officer.

"Optical sensors and touch will be the next big things," Tero Ojanpera said in Singapore ahead of the CommunicAsia telecom fair.

Touch screens enable cell phone makers to hide numeric keypads, while optical sensors pick up movement of the phone. For example, shaking a phone could initiate a call to your loved one, or turning it around would open an internet connection.

"I believe there will be a lot of innovation around these," said Ojanpera.

Nokia has used touch screens on its niche products for years, but LG Electronics' Prada and Apple's forthcoming iPhone are set to introduce touch screens to wider audiences. Also Taiwan's HTC is set to roll out its Touch phone in Asia and Europe.

The company also showed off three new mobile handsets, including some with enhanced music and multi-media capabilities.

"With the introduction of these three new devices, we are expanding our mid-range offering to give consumers even more choice when it comes to mobile connectivity," said Peter Ropke, senior vice president of Mobile Phones at Nokia.

The Finnish firm sells more than a third of all mobile phones across the world, followed closely by US rival Motorola.