System developed to measure effect of TETRA signals on users

University of Essex to conduct study of the long-term health effects of digital radios on emergency services users. 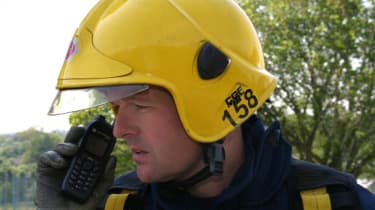 The University of Essex is to undertake a detailed study looking at the long-term effects of TETRA digital radios on humans, after Department for Health reports raised concerns about long-term exposure to radio waves and radiation.

TETRA (terrestrial trunked radio) was developed by the European Telecommunications Standards Institute in an effort to produce a radio that would allow for more resilient and private communication by organisations such as the police and armed forces. TETRA radios are now used largely by public safety officials.

Wireless services company Red-M was commissioned by the Department of Health to develop a system capable of replicating the signals produced by the relatively new digital mobile radio system, TETRA, in an effort to study the possible health effects the signals and radiation may have on people who will use two-way communications equipment based on TETRA.In 1999 the Minister of Public Health at the time, Tessa Jowell, asked the chairman of the National Radiological Protection Board, Sir Walter Bodmer, to put together a group of independent experts to look into the possible health risks associated with radiation from mobile phones. After the research was carried out the Stewart Report was published and stated that any radio signals modulating around 16 Hz, as TETRA does, may affect calcium exchange in cells, which can lead to a variety of health problems, but the evidence was inconclusive.

With the new replication system produced by Red-M, the University of Essex will be performing a two year study to determine the potential health effects that TETRA may have on both electro-hypersensitive, people who have some kind of a reaction to electronics, and non electro-hypersensitive people. In January, the University conducted a similar study looking at TETRA masts.

"We will now be able to test candidates for sensitivity to TETRA signals to determine the impact on users of TETRA based communications, for example the Emergency Services, and also the impact on the general public," said Professor Elaine Fox, an expert in cognitive neuroscience at the University of Essex and head of the research project.

"The tests will be conducted under double-blind conditions, where neither the researcher nor the participant will know the nature of the signal. This study will be very useful in furthering our understanding of the possible effects of electromagnetic waves on human cognitive behaviour as well as on a variety of other health indices," Fox said.