Is Ubuntu the way forward for Linux?

IT PRO speaks to Ubuntu founder Mark Shuttleworth about the future for Ubuntu and Linux as a platform. 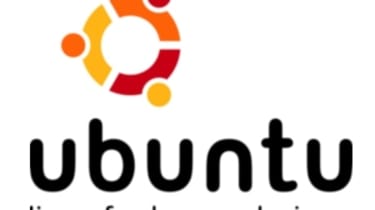 During the last three years Ubuntu has sprung from nothing to become the most popular desktop distribution of Linux. There are good reasons for Ubuntu's success. Ubuntu is firmly rooted in the Linux developer and user communities, based on Debian, the classic Linux community distribution, and employs some of the key Debian developers. Ubuntu is clean and uncomplicated which makes it attractive to entry level users, without sacrificing the traditional Debian virtues of stability, flexibility and configurability, which has made it an enticing proposition for developers.

The logical next step for Canonical, the holding company for Ubuntu, has been to capitalise on this popularity by making advances into commercial markets, offering industrial strength training and support to Linux users, and establishing partnerships with Dell and Sun to provide pre-installed Ubuntu systems.

Shuttleworth spent eight days on the space station before returning to earth and devoting his considerable energies to running Cannonical, the holding company for Ubuntu, HBD (Here Be Dragons) Venture Capital, the investment company he established to fund innovation in Southern Africa, and The Shuttleworth Foundation, a non-profit organisation dedicated to social innovation and education (usually through the implementation of free and open source software) in Southern Africa, which he intends "to continue to be a catalyst for innovative projects in social areas."

During the nineties Shuttleworth had participated in the development of Debian GNU/Linux, and it followed that he should sponsor the first release of Ubuntu in October 2005, with the purpose of distributing a commercially accessible version of Debian. The name, Ubuntu, derives from an ancient African word from the Zulu and Xhosa languages which is not easily translatable, but means something like "humanity towards others."

For Shuttleworth the attractions of Linux were obvious: "Free software brings a number of huge advantages. First, newly acquired skills can flow freely along with the tools themselves. So we can teach someone to use Linux and OpenOffice, and then they can take that software home and teach someone else, who can copy the software and take it to their business where they can teach someone else... so we see very rapid transfer of skills with software libre. Second, with free software people have the right to modify it. And this allows the software to be customised for markets that are not large enough to attract the attention of a company like Microsoft. So, for example, the Ubuntu desktop is being translated into many more languages than Microsoft Windows. This means that more people can use the desktop computer in their native language, which again lowers the barriers for technology adoption."

He also maintains that "Software Libre provides the very best IT platform for education. Not only do you have thousands of tools covering almost every area of academic interest, but you also have the ability to study the tools themselves. This means that a student with an interest in, say, astronomy, can find software that supports her interest, and then analyse the software itself. She might improve the software and make those improvements available, or just use that right as an opportunity to deepen her understanding of the subject matter," thus giving access to technical knowledge in areas that wouldn't otherwise be as readily available.

From the outset, Ubuntu caught the imagination of users and developers. Shuttleworth hopes that Ubuntu's popularity on the desktop will translate into wider uptake in the enterprise.

"We already have good adoption", he says. "Sometimes among very large organisations who host 10s or 100s of servers, and want to try new approaches to Linux. In many of those cases they have begun with Ubuntu on their developer machines, and have begun to migrate that infrastructure onto their production systems. A good example is Joost, the company formed by the guys who founded Skype and Kazaa." Skype was sold by its founders, Niklas Zennstrm and Janus Friis, for a reputed $2.6 billion. Joost distributes TV channels over the Web by means of peer-to-peer technology, and already has deals with Warner Music, Indianapolis Motor Speedway Productions, MTV Networks, Paramount Pictures, Endemol and others to distribute their content on Internet TV channels. Joost employs 150 developers and uses Ubuntu as both the developer and server platform for its media distribution infrastructure.

The attraction of Ubuntu to such organisations is its strength and simplicity. Implementing the standard distribution as a server is a simple option during installation, and there is deep support for thin client integration, allowing the distribution to be easily deployed in large scale installations without having to physically install the media to every workstation. The standard installation uses LVM (Logical Volume Manager) out of the box, and includes optional support for a variety of clustered file systems. In addition, Canonical now offers worldwide round the clock support services to commercial users, and certification and training for Ubuntu System Administrators.

"The first part of our strategy is simply to maintain leadership in the desktop and developer segments, and support a natural migration for work that starts on the desktop, from the developer machine onto the production servers. The second part of the strategy is to partner with people to build Ubuntu-based solutions. So for example, we are working with a large German company to provide a streaming solution for 3G video on 3G phones. The entire solution is running on Ubuntu, and each time they sell their solution to phone providers they sell Ubuntu with the hardware. The third leg of the strategy is to partner with the providers of hardware. We've been quite public about our partnership with Sun....and others are in the offing." The relationship with Sun is primarily about providing Ubuntu as a server system on both AMD and Sun Sparc processors.

"It does take time," he says. "There's a very big complex eco-system out there, and Ubuntu is relatively new, so it's natural that it'll take time to achieve the certifications required to establish ourselves more widely, but I'm very pleased with progress."

"We really dislike proprietary drivers," Shuttleworth notes, "but we have to tolerate them. We try very hard to make the case to the vendors that isn't in their best interest. But more and more vendors are learning how to work with the community. You would be very pressed to launch new server hardware and not provide good Linux driver support. Most companies assume that when they produce Linux drivers they'll have the same problems as they have with Windows. You have to write a lot of infrastructure in Windows to make your driver work. For instance, Windows XP doesn't have internal support for wireless drivers, so each individual Wi-Fi driver requires huge amounts of Windows code to enable it to work, whereas with Linux the preferred approach is for vendors to get together and work out what they need in common, and write that into the kernel itself, so each individual driver demands far less specific code. They can leverage what other companies are doing and devote much less effort to developing code for their own drivers."

The other big obstacle to desktop adoption of Linux is the issue of patents, which prevents some Linux vendors from supplying native MP3 support on their desktops. Microsoft recently lost a judgement for infringing a patent held by Alcatel-Lucent on MP3 audio compression technologies. "It is becoming clear to everybody that the patent system as it is currently implemented is badly broken," observes Shuttleworth. "We need to step back a little, and ask the question: why do we have a patent infrastructure? what are we trying to achieve in society? The critical thing is that its all about patents stimulating and accelerating the pace of innovation. The encouraging thing is that a big company like Microsoft has historically taken the view that it can use patents to block other companies entry to markets, but now they have to realise that the way the patent market is structured today they are vulnerable, and its easy for them to trip up too. Hopefully sooner or later they'll realise that a change is needed."

Asked how his trip into space had changed his perspective on the work he does Shuttleworth says: "It had a profound effect on the sorts of projects I am interested in getting involved in. You can't help but come away with a sense of the connectedness of the world. You visibly see how pollution from one country moves right over and affects the next country along. You realise just how interdependent we are, how artificial the geophysical lines that we read about in newspapers are, so you long for projects that are global or universal and Ubuntu is certainly one of those."