Social networking gets the TV bug

With competition between the leading social networking sites becoming fierce, services such as MySpace are moving into the online broadcast world to attract an audience, and compete against a whole new set of foes. 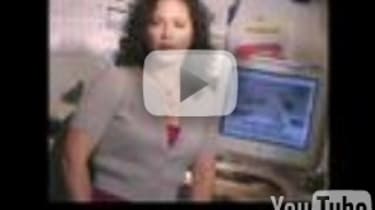 With convergence the dominant theme among technology companies, it was only a matter of time before two of the latest internet trends collided - social networking and video streaming.

Social networking market leader MySpace recently announced the launch of its streaming video service MySpace TV. A separate site from the core MySpace service, MySpace TV allows both users and non-users of MySpace to view and share videos. The site will be composed of both user-generated and professional videos. It also marks the first major development of MySpace since it was acquired by News Corporation, owner of broadcaster Fox and part owner of BSkyB.

"We're going to be rolling out innovative video products and features in the coming months to further empower our users," Tom Anderson, the cofounder and president of MySpace, told TechNewsWorld.com.

From home videos of dog fights to music videos, video streams allow web users to find almost any video on the internet and bypass traditional broadcast media and broadcast advertising creating a major headache for content providers such as cinemas, TV channels and radio stations. In a recent survey by comScore, 80 per cent of the UK online population aged 15 years and older, had initiated a video stream in April 2007. Along with that, 10 per cent of the total time spent online by UK users was spent downloading or viewing video streams.

"With eight out of 10 people initiating a stream in the UK, streaming is clearly mainstream and one of the more popular things to do online," said Bob Ivins, managing director of comScore Europe.

Video streaming has developed rapidly with one of the most popular video sites, YouTube, founded just two years ago. According to data from Nielsen//NetRatings, in 2006 more than 20 million unique viewers were visiting YouTube per month, and these numbers are set to grow this year. Google seemed to notice this sites growth potential, highlighted by its purchase of YouTube for roughly 3.3 billion in stock.

YouTube has recently become even more accessible in the TV mainstream through compatibility with both Apple's Apple TV home media streaming box and the Apple iPhone smartphone, and has begun to implement some social networking features including messaging capabilities and the ability for users to submit questions to the candidates in the 2008 US Presidential debates.

This combination of videos and social networking is allowing people to become even more technologically connected with one another.

"Videos help people to network by letting people create and advertise personalities for themselves," said John Delaney, a principal analyst in Ovum's consumer group. "It helps to reflect the personality you want to project, it's like ring tones on mobile phones."

However, with the large number of videos being posted on the web each day, and as more video sites are started, it is becoming increasingly difficult for companies to keep up and monitor copyrighted content.

Despite precautions put into place by YouTube to lessen the number of videos that infringe copyrights, for example the rule that videos must be under 10 minutes length, there are still a number of videos taken off the site each day because of copyright infringements. Some countries, such as Brazil and Morocco have even banned YouTube for various reasons.

Although copyright infringement is an issue and concern, video sites are doing a lot for the promotion of the products posted on their site. Some companies such as Viacom is not open to this type of promotion, while Sony on the other hand is embracing this type of free online promotion.

"One of the good things is that it [the brands] gets seen if it's on YouTube," Delaney said.

Video streaming is beginning to become one of the dominant forms of home entertainment and whatever is on it gets seen quickly and by many people. Television shows, music videos, and self-generated entertainment can all be found on one simple machine - the computer, and people are beginning to go to that more and more for their entertainment source whether it is copyright infringed or not.