IT PRO kicks off the first in a series of technical articles looking at Microsoft's forthcoming server operating system, previously codenamed Longhorn Server. 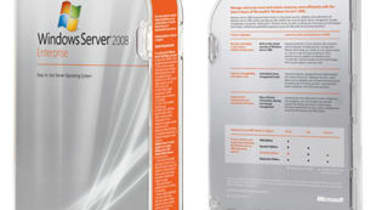 Over the next few months, Microsoft will be finalising the code in Windows Server 2008, previously known as Longhorn Server. Getting it right it is critical for Microsoft as this much heralded, much delayed upgrade to Windows Server 2003 is going to be its enterprise computing platform for at least the next four years.

Windows Server 2008 contains many features that were previously shipped as add-ons in the previous server release or which were cut due to problems with time or the underlying code. Features such as virtualisation and Network Access Protection (NAP) are examples of these.

Microsoft has also broken with its GUI love affair and chosen to ship a command line only version of the operating system known as Server Core. There is a whole new scripting engine (Powershell) and the ability to support a much wider range of Unix like commands. Both of these will appeal to the enterprise customer and the security conscious as it reduces the size and attack surface of the operating system.All of the changes and updates to Windows Server 2008 are grouped under three broad headings or pillars by Microsoft - more control, greater flexibility and increased protection. Every version of Windows Server 2008 from the Data Centre Edition to Server Core has specific technology related to these pillars.

Under each of these pillars are key scenarios that Microsoft is targeting. These are:

The full list of new and improved features is extensive and many are likely to be irrelevant to most organisations. The key is trying to identify those features that are likely to have an immediate impact on your data centre. Among the big issues in the datacentre are management, resource utilisation and automation.

New install, new look From the moment you begin to install Windows Server 2008 you will notice changes. While Windows Server 2003 introduced better wizards for configuring server roles it still left a lot of things hostage to the knowledge of the installer. While not necessarily a bad thing, it does mean that in a world where the installation, creation and deployment of servers are increasingly time critical, that knowledge is not always available.

With Windows Server 2008, a lot more attention has been paid to what is required to install and configure a server for a specific role. The emphasis here is on best practice or at least what Microsoft has determined is best practice.

Consistency and arguably minimalism has been a major push inside the tools. Rather than have a lot of Microsoft Management Console (MMC) plug-ins that used their own layout, Microsoft has sought to standardise the components. It has also looked to reduce the number of plug-ins in order to make it easier to find the tools you need.

Features dependency is very hard to track. With Windows Server 2008, Microsoft gives you more information on what installing or uninstalling a service or component means. It also makes it easy to add just those things that you need in order to use a particular role.

Overhauling management Server Manager has been heavily beefed up and as well as the GUI tool, there is now a Server Manager command line tool. Server 2008 contains a lot of best practice guides to not only do initial installation and configuration but ongoing management. The latter is important. At the moment, when you add a role in Windows Server 2003 it gives you a limited set of tasks to complete the installation. With Windows Server 2008 that has been extended to provide more information on the status of the server, what has been installed, what has gone wrong and how to solve it.

This is done through a series of additional health and status views. Anyone who has been supporting Windows Vista will have come across the Windows Problem Reports and Solutions tool. Longhorn has its own version of this which should speed up reporting of problems and locating solutions.

Roles are a critical part of how Microsoft sees the configuration of server instances. File server, print server, Domain Name Server (DNS), Active Directory Domain Control (AD DC) and Dynamic Host Configuration Protocol (DHCP) server are all example of roles. Many of the roles for which server instances are configured, are deployed on multiple servers across the organisation.

In order to ensure consistency, especially in terms of security and for simplified management, Microsoft has added XML based models for each role. These XML models can be exported, shipped to other parts of the organisation and then used to create a new server. Management tools that want to manage the various server roles will also be able to import these XML models.

This is all part of Microsoft's DSI management strategy but there is a catch. Windows Server 2008 XML models were built using the Microsoft System Definition Model (SDM) language which has been around for four years. That product has recently been going through standards accreditation where a number of other big IT companies have joined with Microsoft to promote what is now known as System Modelling Language (SML).

While SDM was backwardly compatible with earlier versions Microsoft will not commit to Windows Server 20080 SDM models being SML complaint. This is a common problem when something moves from a single vendor product to an industry standard. As these models are now locked down, administrators may have to wait for a service pack in order to migrate to SML and take full advantage of these XML models.

Another improvement in the Roles Wizard is that Microsoft has now built in more intelligence to the wizard to ensure that when you add components to a server, they are added in the right order. This might sound obvious but adding IIS and ASP to an existing Windows Server 2003 installation, a common enough task, can cause problems. Do it in the wrong order or have some components installed in the wrong sequence and you need to run command line tools to fix the installation.

With Windows Server 2008 that problem has been dealt with by making components more aware of the correct installation sequence. What Microsoft now needs to do is extend that intelligence into its deployment tools so that anyone building deployable applications can take advantage of it. So far, Microsoft is not prepared to commit to when this will happen.

Event viewer is a very underused tool in most environments. This is mainly due to the limited scope of event viewer, what it captures and what information it provides. Starting with Windows Vista and included in Windows Server 2008 is a much more powerful Event Viewer. It allows you to see events that previously would have not been captured and to drill down into much more detail.

Fortunately it also comes with extensive filtering and reporting options to ensure that you can reduce the events to a manageable subset otherwise you can quickly become overwhelmed by too much information.

Performance management Alongside Event Viewer are a lot of improvements to Performance Monitor although it can be argued that it still does not go far enough. The interface has been overhauled, it is easier to create valid performance sets but what is still missing is adequate guidance about how to choose the right metrics. In addition, Microsoft is still not getting enough buy-in from corporate developers about building their own metrics that can be plugged into Performance Monitor to give operations a better view on resource usage.

No datacentre can function without automation. This is done through the use of scripting languages. While significant effort has been made by Microsoft in language development for software developers, administrators and operators have been poorly served. The command line is a very fast, very easy way to automate a series of operations. Today administrators rely on CMD.EXE, third party scripting libraries as well as languages such as Visual Basic and Perl. The problem is a lack of consistency between the solutions which creates silos of knowledge.

Windows PowerShell which first shipped at the end of 2006 for Windows XP, Vista and Server 2003 has now been added to Windows Server 2008. It supports existing scripting tools which reduces the need to force administrators to learn a new language. Unlike VB, PowerShell is targeted at those with little or no programming skills. What it does bring from the developer market is its own utilities, a consistent syntax and support for a lot of other, commonly used, languages.

PowerShell is not just being targeted at operating system management. Other Microsoft server teams such as Exchange Server 2007, the new System Centre products and SQL Server 2008 will all be manageable from PowerShell.

These are just a few of the management improvements inside Windows Server 2008. In the next article we will look at what Microsoft means when it talks about virtualisation inside the operating system.