For all the talk of 4G services like WiMAX and long term evolution (LTE), the first services we see in the 2.5GHz spectrum in the UK may be based on the current 3G standards. New radio technologies offer higher bandwidth and better cost efficiency but business models will dictate what's on offer and how much it will cost. 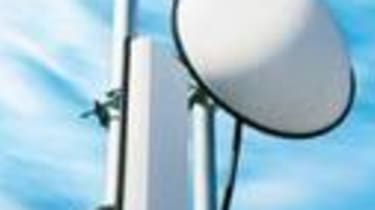 In preparation, the mobile operators are ramping up their marketing campaigns for mobile internet access today, but although several networks are rolling out high-speed uplink packet access (HSUPA) at speeds of up to 7Mbps, in practice connection speeds can be disappointing. Early in 2008 Ofcom will auction off new spectrum, including the 2.5-6GHz band originally intended for additional 3G services but also suitable for mobile WiMAX (which will use the 802.16e standard) and long term evolution (LTE) - the project to develop the universal mobile telecommunications system (UMTS) system used by 3G.

Ofcom's decision to allocate the spectrum without earmarking it for a particular technology means companies wanting to offer new WiMAX services will be competing with operators wanting to beef up current 3G services and add capacity for LTE when it's available. Even though new entrants are up against established providers with deep pockets, Ofcom expects more bids that it can accommodate in the 50MHz of spectrum it originally intended to allocate for WiMAX. "2.5 GHz spectrum is what every fixed and mobile operator wants to get their hands on," said Nigel Wright, wireless vice president of Spirent.

3G and LTE supporters like Ericsson point at the contribution 3G has made to the economy; WiMAX supporters say they may have better business models. Sasha Williamson, the chief executive of Urban WiMAX, called for Ofcom to think flexibly about auction bids. "Is this the best thing for long term UK economy, to have a one-off large fee? There are other options; you could have a fixed fee, you could have a fixed fee and plus rental, you could have a freehold and leasehold out areas that local operators want," he said. Ofcom will announce the terms of the auction at the end of this year, along with a date - currently expected to be early in 2008.

In fact the fundamental technologies of WiMAX and LTE are very similar; both use orthogonal frequency division multiple access (OFDMA) and multiple antennas (MIMO) and both can be used to create an IP-based wireless broadband network with voice and other services running on top. Both claim similar speeds of up to 100Mbps (although that's not the data rate you'll see when you connect). Proponents of LTE say it's a natural progression with backward compatibility for older voice handsets. WiMAX fans claim lower costs as well as interoperability, quality of service and security.

Neither is ready today, but WiMAX is a couple of years ahead of LTE and Ofcom has resisted calls to delay the auction until mobile networks need the capacity for LTE in favour of the "short term window of opportunity" for WiMAX services.

Certification of WiMAX devices will start around the same time as the auction; the first will be PC Card and Express Card adapters but you can expect to start seeing WiMAX built into notebooks when Intel offers it as an option in the Montevina platform in the first half of 2008. Nokia and Motorola will ship WiMAX handsets in the second half 2008; LG expects to adapt the WiBro touch screen Windows Mobile phones it produces for Korea and Samsung promised a dual mode CDMA/WiMAX phone for 2007.

Although Sprint is using the 2.5GHz band for mobile WiMAX in the US, there are concerns that phones designed for that service might not be compatible with UK services if the spectrum is allocated in a different way but the WiMAX spectrum operators association (WISOA) has already signed an understanding to allow roaming. Andy McKinnon, Motorola's WiMAX principal for Europe, the Middle East and Africa (EMEA), chairs the vendor group on that and claims that authenticating and billing for roaming is far simpler than with cellular networks. "Technically my job is pretty easy. Everyone has an intention to get this done. It's going to happen, the work is already underway," he said, adding that he's confident for the same reason that he expects WiMAX to be backwardly compatible; "That would be a fundamental challenge to interoperability - and that's what the I in WiMAX stands for."

Proponents of the two technologies also disagree on the cost savings WiMAX promises; Ericsson points out that WiMAX needs more base stations to cover the same area while Nortel's chief technology officer John Roese talks about a 40, 60 or even 80 per cent reduction in operating expenditures (OPEX) and capital expenditures (CAPEX) from using WiMAX as part of a next generation network. Sprint initially claimed WiMAX would be eight times cheaper than LTE, according to Gartner analyst Bettina Tratz-Ryan, but this appears to have changed; "Now I've seen cost comparisons saying it's three times cheaper," she said.

McKinnon highlights several features of the Motorola WiMAX base station that bring costs down, including replacing the 10kg of copper cable on the average cell tower with fibre optic cables. He said: "It's very expensive to get it to the site, it goes missing, it's quite expensive to install and on the average copper run you lose about 6db in power so you have to boost it." Lowering the power consumption, removing the need for air conditioning and taking up less space all save money. "The size of the site on which you pay rent matters; we can have zero footprint, the cabinet and radio heads can all be mounted on a pole and then you have flexibility in deploying sites. We can go behind a billboard; sites where the landlords are not as aggressive on pricing as the rooftop landlords in central London," added McKinnon.

That may not mean cheaper connections for users of course; networks may use the money to provide extra features (or extra profits). And the actual bandwidth that you'll get when you use WiMAX or LTE will be only be higher than current 3G rates if the network is provisioned correctly. Bettina Tratz-Ryan says peak rates in existing WiMAX networks are 6 to 8Mbps per user: "Operators elsewhere are talking about 4, 6 or 8Mbps. It all depends on the service you have running over the network and how many users. But these are just benchmarks," she said. "You have the technical capability of the standard versus how you oversubscribe a network - and that's the same issue you could have with WiMAX depending on how you set up your network and how much bandwidth you enable."

Standardisation of LTE has accelerated recently - perhaps sped up by Vodafone chief executive Arun Sarin's warning at the 3GSM conference earlier this year, when he said: "We need to make sure that LTE isn't still in the standards definition phase while WiMAX is ready and rolling out". The initial specification is due in September but although Ericsson has already demonstrated 144Mbps and expects to have certified equipment shipping in 2009, Gartner predicts LTE-enabled devices won't be available before 2010-2011.

At that stage LTE will also be competing with another WiMAX variant, 802.16m, designed to make WiMAX more mobile. But the immediate competition for WiMAX will come from existing operators offering improved 3G services using HSUPA, says Ericsson's Cunliffe. "We don't need LTE to be ready to take advantage of this spectrum. With LTE we're going down this path because it's possible but we're not waiting for it. The faster HSPA speeds in the near term will be used to reduce the latencies not to increase the bandwidth. It's not that you'll be using 15Mbps on your handset; you'll be using 5Mbps and applications will work rapidly and they'll have a good feel to them."

Anthony Fulgoni, northern European service director for Proxim, suggests any successful wireless broadband service will need a mix of technologies as devices will have multiple radios anyway. "We should be looking at how we can put in a layer of WiMAX, a layer of Wi-Fi a layer of 3G so people get the connection they expect," he said.

In the long run, WiMAX and LTE will complement rather than compete, according to Motorola's McKinnon, who said: "LTE is going to learn lessons from WiMAX. It's not that LTE and WiMAX are two completely different technologies - they're just following completely different paths. There's no reason why there shouldn't be some interoperability in the future between WiMAX and LTE."