CCTV cameras that can detect criminals and terrorist suspects through facial recognition technology may be used at Euston railway station. 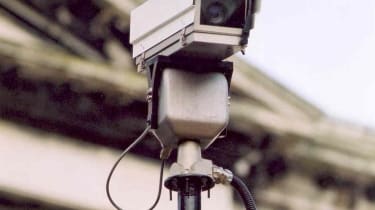 A bold initiative to identify terrorist suspects using surveillance cameras and facial recognition software is being developed by biometrics experts at the National Policing Improvement Agency.

The technology uses two-dimensional and three-dimensional images to achieve greater accuracy, and is due to be trialled at Euston railway station later this year. The trial forms part of a wider clampdown on security at key transport hubs.

A spokesman for the National Policing Improvement Agency said: "The technology is now in its second phase and we are examining its feasibility. This CCTV is sure to be more effective because it will search against databases."

The images will be cross-referenced against photographs of criminals.

Euston already has a network of digital CCTV cameras that will be able to run facial recognition software.

"CCTV has been hugely successful in catching images of criminals on London Underground and on National Rail" said a spokesman for the British Transport Police.

The 7 July suicide bombers were captured on CCTV as they travelled to London from Luton.

In June, Ali Zine, a prolific pickpocket, was jailed for eight months after BTP officers at Euston recognised him from CCTV images that had been circulated to police stations.

The images were of him stealing a mobile phone at Piccadilly Underground Station on 6 May.