Women in IT feel underpaid

Research from Intellect shows majority of female IT pros feel they aren't paid as well as their male counterparts. 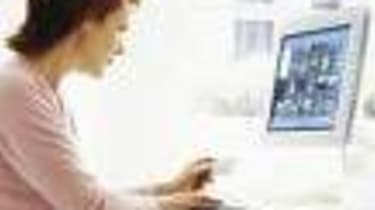 Women working in the IT industry believe they aren't being paid fairly, but they are beginning to get savvier about the issue, according to research from IT-industry body Intellect.

The annual Perceptions of Equal Pay survey of more than 350 women in the technology industry found that over half believe their male coworkers are better paid for similar work. While 35 per cent of those surveyed said they believe they are paid less fairly but had no proof, nearly one in five said they are certain men earn more for the same work.

Those statistics mark an increase of five per cent for the former and nine per cent for the latter over last year's results, showing women are paying more attention to the issue, said Gillian Arnold, a sales manager at IBM and chair at Intellect's Women in IT forum in London yesterday. "Even more women are perceiving this to be the case," said Arnold. "I suspect women are becoming more savvy."

Intellect said that the number of women in the IT sector has fallen to 16 per cent - this despite a widely accepted skills shortage in a sector worth 10 per cent of the UK economy. Because of this, keeping and attracting women employees is key for the IT industry.

"Even if women feel unsure they are getting the same [pay], they still acted on it... They go and find alternative work or careers and possibly move outside the IT industry," said Arnold. "They will gravitate to those institutions and organisations which offer an equitable environment."

The differential in IT pay could cause other problems for firms. The number of equal pay claims across sectors has jumped from 12,393 in 2005 to over 27,497 last year, according to Employment Tribunal statistics supplied by SpeechlyBircham employment solicitor Emma Bartlett.

Shelia Wild, employment policy director at the Equal Opportunities Commission (EOC), stressed that equal pay is not just a matter of principle, but of practice. When women are paid less for equal work, it means, in the long run, they have less of a pension to retire on - something considered by the Employment Tribunal when they're making claims payouts, Bartlett noted.

But dealing with equal pay issues isn't easy. "Unless you understand the barriers, you can't fix it," said Arnold. "A lot of discrimination is unintended."

One of the barriers is the "old boys' network," said Arnold. Women can help overcome this on their own by networking. "Old boys networks are places people get jobs, so if you're not plugged into networks, you won't get the same rate of progression," she said.

She also noted the tendency for people - male or female - to hire in their own image. Arnold said if people realise they do this "homosocial reproduction," then they're more likely to overcome it and hire someone a bit different.

Another issue is women's willingness to ask for raises. Arnold cited a separate study, recently completed by Claire Keogh and Angela Tattersall at the University of Salford, which found women did not negotiate for pay as well as men did, with three-quarters saying they found it hard to simply ask for a pay raise, and half reporting they are uncomfortable promoting their own skills.

The EOC's Wild said that younger women may have already learned this lesson. "I wonder how different age groups behave. I wouldn't go in and ask for a pay raise, whereas my daughter does quite frequently," she said. "If young women are better at negotiating, let's build on that."

One area of improvement has been flexible working. More women work part-time than men, but introducing different ways of working could help keep women in the IT workforce for longer, adding to the pool of skilled employees available for firms.

"It's absolutely vital to get men in on the flexible working act. It's not just to be nice to them or to better share the burden of home life, but to strengthen women's position," said Wild. "Sharing out flexible working with men is really, really important."

Also at issue for all employees is transparency around pay. Some 64 per cent of respondents to the Salford study said culture surrounding pay in companies using IT were not transparent, and women were not encouraged or allowed to ask colleagues about their pay rates.

The speakers at the meeting urged companies to undertake Equal Pay audits, which look at reasons for differences in pay between comparable employees. According to the Intellect survey, three-quarters of women would be more likely to work for a company which had conducted such an audit and only four per cent of companies surveyed have done actively carried one out. But the speakers also said such firms should be given the time to fix any differentials found in private, without being attacked in the media or even by employees.

The speakers also stressed the importance of getting pay systems right. Wild noted one company that managed to sort out unfair pay differentials after installing payroll software which allowed salaries to be viewed company-wide. The majority (70 per cent) of women said organisations are doing a good job encouraging women to apply for promotions, with a similar number expecting to be treated fairly when applying for that promotion.