VMworld: Virtualisation is now an industry

VMware boss argues that growth in adoption combined with pressures on budgets and environmental factors have moved virtualisation beyond niche sectors and into the mainstream. 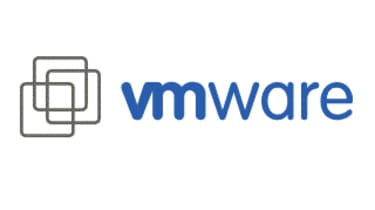 Virtualisation is no longer a niche enterprise product, but is now a mainstream part of both client and server computing, so claims the head of software specialist VMware.

"Virtualisation is driving a complete refresh of the data centre. The money that people are saving from using virtualisation is being put back into replacing hardware and making the datacentre more efficient. Hardware, operating systems and applications are all being optimised for virtualisation" she added.

Green announced that the company has, as part of a group effort with Microsoft, IBM and XenSource, submitted a draft standard for virtual machines.

"We have submitted a draft standard to the Distributed Management Task Force (DMTF) around the standardisation of virtual machines. The goal is to enable VMs to be dragged and dropped between hypervisors. This is the Open Virtualisation Machine standard and it will create the universal container."

Green is not just focussed on standardisation of the VM but on how to make it easier to use. One example of this, the VMWare Site Recovery Manager was part of Green's announcements. "Disaster Recovery (DR) has been a huge driving force for virtualisation but it is complex to setup and hard to test. We are taking advantage of the universal container and have built a whole DR workflow. This will make it much easier for companies of all size to plan and create their DR.

"Desktop virtualisation is another area coming into its own. The notion of what a desktop is, is changing. It is a workspace that can be accessed from anywhere and on any form factor. We have now released Virtual Desktop Manager that will act as a broker, allowing the Virtual Desktop to be run from anywhere. It will be backed up by the full VMware Infrastructure which includes backup and DR.

The announcements come on top of yesterday's launch of VMware ESX Server 3i.