IT PRO spoke to Diane Bryant, vice president of Intel's digital enterprise group and general manager of its server platforms group, to get the lowdown on how rival AMD's recent announcement may change the status quo in the chip market, and how the company plans to satisfy users' demands for more powerful mobile platforms. 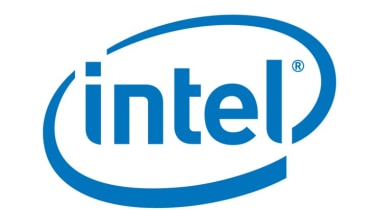 Earlier this week AMD made its Barcelona announcement. Has/will this have any effect on Intel's short-term plans and are we likely to see any schedule shifts as a result?

Barcelona was long anticipated. It was delayed many times and performance levels came down over time. We felt confident about out platform leadership before the launch and post launch we're still very much supported by the facts.

The only place AMD did better performance-wise with Barcelona is in HPC-like applications requiring more bandwidth. However, we've demonstrated performance for a number of years and have become [extremely comfortable] in that number one position so we're not going to do anything that will jeopardise that. We always benchmark ourselves against ourselves so let AMD do what AMD does.

Mobility is a key focus for businesses at the moment. Have you got any quad core plans for mobile vPro?

IT manages are now deploying mobile and consolidating their PC base and that brings with it another layer of complexity.

Just as we did with the 2006 version of vPro in desktop and mobile, you'll see the same thing happen with this [quad core] technology. We've launched 2007 vPro and we'll launch a mobile client version early next year.

That means those demanding more powerful mobile products will still have to suffer a bit of a lag. What would you say to pacify frustrated mobile customers?

Our goal is to make that delay as small as possible. We tend to prove the technology and then add things to support higher complexity.

We did that with DP servers and then four-way and above and we will do the same with desktop and mobile, always trying to minimise that gap.

During your keynote speech at Intel's recent technology showcase event in Modena, Italy you talked about the predictive enterprise and how IT has morphed over the years to become something strategic that fuels business growth. What's the next evolutionary shift likely to be?

The role of IT will continue to grow as we move to a global and technology-driven environment. Parmigiano-Reggiano is a great example of how no industry remains untouched by technology. It's permeating and every industry can benefit.

Historically, IT was a supplier organisation. But now, you wouldn't dream of leaving them out of the conversation. Whether you're a small business or a large one, IT has become pervasive.

During that same event you talked about a new Intel virtualisation technology called VT FlexMigration. Some would argue that AMD have had a similar thing for a long time.

Intel's strength is beyond fundamental technology and about developing ecosystems and standards and we have a very large role in the industry to do this.

If you look at VT, it's one thing to deliver the capabilities in hardware and another to evolve the solution strategically. Our very strong collaboration with VMware supports the fact that it's thrilled with VT.

Intel recently released the findings of research conducted into IT security which found that it's still a big challenge for businesses and technology departments. What are the other issues you see IT managers trying to overcome?

Security is number one. Manageability is another, particularly on the client side with things like remote management. There's also a huge thrust around virtual, abstracted data centre environments and that brings with it a whole new set of challenges.

IT outsourcers are looking at virtualisation and software as a service and that creates a change in terms of how they charge for it. They're asking "How do I charge for it if it's virtual? Help me with new revenue models for the predictive enterprise."

Power is also there as an issue. It first hit from a capacity perspective with firms not being able to deploy new services because of the cost and power issue and now, with the recent awareness of global warming and carbon footprints.

You've been with Intel for a long time and seen many changes, what's been you're favourite launch so far and why?

I always remember the early days as being the most glorious. I've been with Intel for 21 years and back in 1988 we launched the compact luggable. We really thought there was a future in mobile so we created a mobile organisation (which I joined) and we launched the 386.

It was so much fun because it was so breakthrough and green field. As an engineer, the green field stuff is always the most exciting as there's no precedent to follow.

Finally, the Intel Developer Forum (IDF) kicks off next week in San Francisco, what can people expect to hear and see from that event?

What am I allowed to say?! We'll be exploring the tick/tock model and talking about what's next. The second keynote is also fabulous and there will be a surprise guest.