A report by the Nuffield Council on Bioethics calls on police to only keep DNA of people convicted of a crime. 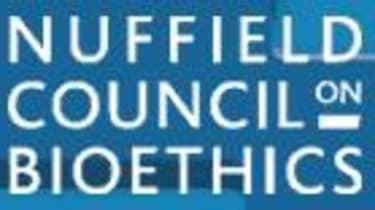 The DNA database should only hold data of people convicted of a crime, the Nuffield Council on Bioethics has said in a new report.

At the moment, police in England and Wales have some of the strongest powers to take DNA, and can permanently keep samples on the National DNA Database (NDNAD) taken at the time of arrest, even if the person is later deemed innocent.

"Innocent people are concerned about how their DNA might be used in future if it is kept on the National DNA Database without their consent," said Sir Bob Hepple, chairman of the council.

The UK-wide database is the largest of any country, with 5.2 per cent of the population represented compared to 0.5 per cent in the US. It has seen increased investment of about 300 million over the past five years.

The council said that an exception should be made in the cases of violent or sexual offences. People charged with such crimes should have their DNA kept for up to five years, even if they're not convicted. Such a change would bring the DNA laws in England, Wales and Northern Ireland inline with those in Scotland, the council said.

But the government has said it plans to expand powers, not reduce them, potentially allowing police to take and keep DNA from those arrested for minor traffic offences or littering. "After careful consideration, we do not think that this is justified at the current time," said Hepple. "We would like to see the police put more resources into the collection of DNA from crime scenes, rather than from individuals suspected of minor offences." The report noted that just a fifth of crime scenes are tested for forensic evidence.

The council's report also recommends special treatment for children, automatically removing their DNA from the database unless they've committed a serious offence.

The report advised against building a population-wide forensic database, saying the cost and invasion of privacy outweighed the potential to improve public safety. And, the report called for clarity in how to request DNA be removed from the database and better regulation. But on its website, the Home Office said the privacy intrusion is proportionate to the benefits gained. Some 8,000 samples were matched to 14,000 crimes out of 200,000 samples which would have been destroyed under previous legislation.

Nick Clegg, the Liberal Democrats Shadow Home Secretary, said in a statement: "If the government won't listen to the Liberal Democrats maybe they will listen to this authoritative, independent recommendation...The retention of the DNA of thousands of innocent British citizens is an outrage and must stop. It blurs the fundamental distinction between innocence and guilt upon which our whole criminal justice system depends.

He said the Scottish system better protects innocent people. "As the Nuffield study rightly points out, there's no earthly reason why that system cannot be adopted south of the border as well," Clegg said.