The true mobile internet needs a PC, however small, but it might not be running Windows. 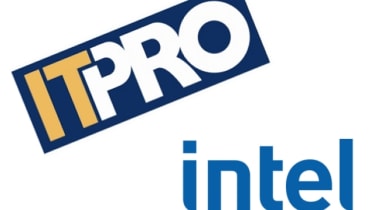 What's the difference between an ultra mobile PC and a mobile internet device?

AC: The easy answer is that I think UMPCs will be fundamentally targeted at productivity and the corporate and vertical spaces while MIDs will be for consumer applications. That doesn't mean there won't be any overlap; some UMPCs will be aimed at 'consumerish' applications but that's the primary delineation. A MID is much more mobile and is not targeted solely at productivity.

How much will MIDs cost and when will they be available?

AC: I expect OEMs to launch products all the way through the first half of 2008 and to continue through the second half of the year too. In 2008 my expectation is you will see MIDs from around $500 up to $800 but OEMs will do a lot of different things and there will be many customisation options. I don't know if mobile carriers will offer subsidised devices; some will and some won't.

So will MIDs be voice devices competing with smartphones?

AC: Absolutely there's room for voice but it will be an OEM choice not our choice; we'll build all the hooks in for it. Our ability to support voice is a lot better in Moorestown than in Menlow. The holy grail of one device does everything; absolutely that will happen and we will target that. But it's a huge market and some people will carry two devices always and some people will carry only one device always.

GS: Our design target for a MID is about 4" to 7" in terms of the screen size. This is not your volume cellphone; you're looking at the high end of those devices and then a completely new category of mobile devices. It is not a voice device, it is an always connected mobile internet device that is also capable of doing voice but the primary way we are presenting it is as a mobile internet device; it's your navigation, it's your connected entertainment. We expect there to be more dedicated devices too.

With these devices of 4" and above we are going to have a very competitive power environment and a better performance than XScale. With Moorestown you can use it as a media player, use it as a full PC system to do your work and if you want it can also double as a phone on the other side.

ME: What Intel is offering is a platform solution, performance and a power envelope. MIDs can be media players, they can be smartphones, they can be many things; this is definitely a new opportunity due to the power envelope and the simplicity of the Intel architecture. Three years from now there will be all kinds of uses that aren't what we're predicting now.

So when will you get the same battery life as a mobile phone? Will the battery on a MID last for hours or days?

The first UMPCs ran Windows but now you're working with Ubuntu and Red Flag on Linux UMPCs and MIDs; does that mean Windows isn't suitable for such mobile devices? Is the PC experience shrunk down what people want?

AC: We've had a long and deep engagement with Microsoft and there is no slowdown in that. There's not a lot of new news on that front and the work is continuing. What we have experienced as we've gone out and engaged customers is that they want a smaller form factor and smaller footprint that's enabled by the silicon power capability and they think Linux allows that.

Do you know how the first TVs were marketed in 1932? As radio with pictures. That was not something people shelled out dollars for. Do I think people want 'a PC experience shrunk down?' That's the 21st century equivalent of radio with pictures. People want a fundamentally different model. That's why there is room for both to co-exist and we'll see which one consumers prefer.

Today social networking is all around the PC; you can't do this [on mobile devices] either because the performance isn't there or the dynamic Web sites don't run on a mobile device or the usage is just too clunky.

Intel has shown UMPCs and MID designs that could have WiMAX in. Do you need WiMAX to take off before these devices can succeed?

AC: There's a whole series of things to overcome for unleashing the internet. Wireless has to go broadband - without wireless going broadband your experience is going to suck. And it has to be cost effective; it should be a flat rate of $30-40 a month. Also, if you don't have compatibility you don't have applications and the applications that are evolving today are not what people are looking for. Kids grow up fluent in the internet and they want to take that with them and the internet is what they experience on the PC. You have to do that in a pocketable environment. The third obstacle is the user experience. These devices have to get easier to use - much easier to use

Will we see multiple cores on ultra mobile devices?

ME: The internet is not going to get less complex, it is only going to get more complex and more dynamic as it moves to a handheld environment and that requires performance. The more video you do, the more encoding and decoding, the more performance you'll need. We will deliver that performance. It's a matter of balancing cost, power, performance and size. The ability to have really small transistors like 32nm and 25nm beyond that is key. We'll definitely have an architecture around multithreading