With two outstanding shared-source applications awaiting approval by the Open Source Initiative, we look at the implications for the open source and free software communities, and for the credibility of Microsoft's foray into more open software. 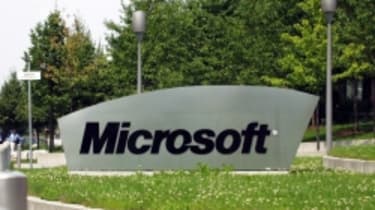 Microsoft has submitted two of its "shared source" licences for approval by the Open Source Initiative (OSI). The significance of this can be read in different ways. Some see it as a victory for open source, a capitulation on the part of Microsoft, and an admission that open source will be the way of the future. Others see it as a divisive move, designed to emphasise existing splits within the free and open source community. In reality, it is probably a bit of both.

Either way, Microsoft's submission of licences to the OSI illuminates some problems, not all of which are of Microsoft's making. Microsoft has always had a problem with free and open source software. The seeds of this animosity can be traced as far back as the famous Open Letter to Hobbyists written by Bill Gates, "General Partner, Micro-Soft", on February 3, 1976, in which Gates declared: "As the majority of hobbyists must be aware, most of you steal your software. Hardware must be paid for, but software is something to share. Who cares if the people who worked on it get paid?"

"Who can afford to do professional work for nothing?" he asked. "What hobbyist can put three man-years into programming, finding all bugs, documenting his product and distribute for free?" This is a question that has been answered many times by free software developers during the intervening thirty years.

In July 2000, Steve Ballmer declared: "Linux is a tough competitor. There's no company called Linux, there's barely a Linux road map. Yet Linux sort of springs organically from the earth. And it had, you know, the characteristics of communism that people love so very, very much about it. That is, it's free."

A PacMan and a cancer

In July Ballmer declared that "Linux is a cancer that attaches itself, in an intellectual property sense, to everything it touches." Later the same month, Bill Gates compared the GPL to PacMan. "If you say to people, 'Do you understand the GPL?'", he said. "They're pretty stunned when the PacMan-like nature of it is described to them," as well they might be, because it doesn't quite work like that.

Craig Mundie told a journalist that the "viral aspect of the GPL poses a threat to the intellectual property of any organisation making use of it. I would challenge you to find a company, who is a large established enterprise, who at the end of the day would throw all of its intellectual property into the open source category." Irving Wladawsky-Berger, a senior vice president at IBM, which had dedicated a large part of its resources to promoting Linux, responded: "If we thought this was a trap, we wouldn't be doing it, and as you know, we have a lot of lawyers."

The competitive threat of free and open source software has been difficult for Microsoft to respond to. The attacks on the GPL have backfired, and nobody has believed them. The SCO case against IBM failed to dent the progress of Linux, and the regular patent threats made by Microsoft are just noises to distract potential Linux users, so kick-boxing isn't going to work. Microsoft still monopolises large sectors of the computer industry, but the rise and rise of open source looms bigger every day. Slowly, inexorably, Microsoft is coming to the realisation that it will have to engage this enemy on a more level playing field.

A secondary benefit, from Microsoft's point of view, is that it may serve to accentuate the fault line that has long existed between the "open source" and "free software" wings of the user and developer communities. The Open Source Initiative (OSI) is a relatively recent creation, having originated in 1998 as a split from the free software movement, although not all the protagonists would have recognised it as such. The OSI was the creation of some of the better known figures who had emerged out of the noise surrounding Linux, primarily Eric Raymond, who was best known for the book, "The Cathedral and the Bazaar", and Bruce Perens, a free software advocate and one time project leader of the Debian GNU/Linux development community.

Some of the protagonists convinced themselves that the GPL was too "extreme" and would frighten business. Others felt that "open source" was a less ambiguous and more comprehensible description than "free software". Their answer was the encouragement of a more liberal licensing regime, based on the premise that "open source" methodologies produced better software, rather than the notion that software should be "free". The main public role of the OSI, which is now led by Michael Tiemman of Red Hat, is to arbitrate on the validity of "open source" licences.

The term "open source" has caught on as a universal shorthand to describe free software, but open source and free software are not the same thing. Free software has an ideology, a philosophy and a licence that were developed over a number of years in response to the problems encountered in furthering the idea that software should be free. Open source, on the other hand, has no connotations beyond the visibility of the source code, and claims, for this reason, to be friendlier to business than "free software". Strangely enough, the GPL has remained by far the most popular "open source" licence. The great majority of the better-known and more successful "open source" projects are released under the GPL, and can be described accurately as free software. JBoss (now owned by Red Hat), for instance, has always described itself as "professional open source" but releases its software under Free Software Foundation (FSF) licences.

We're the same as you

The main argument against the OSI giving approval to the Microsoft "shared source" licences is not antipathy to Microsoft, nor as a response to its historic hostility to free software, but that there are too many "open source" licences already, with very little clear distinction between them.

If Microsoft, or any other company, wants to become a member of the free and open source software community it should be asked to adopt an existing licence, or to help in the long term process of rationalising the existing licences, and play with the community rather than against it. Tiemann has already hinted that Microsoft's primary offering, the Microsoft Permissive Licence (MPL), will fail the procedure because it is not "permissive" as the term is understood by the open source community, and because "the specific innovation of maximum incompatibility of the MPL is not what we were looking for, so I think what we have is a submission that has two fairly major strikes against it."

Some observers have felt that the OSI has been more keen on enrolling companies into the open source camp than ensuring the long term integrity of the licences in the past, which has resulted in an unwelcome proliferation of incompatible licences. If the trend continues, there will be an inevitable weakening in what is understood by "open source". A sensible long-term strategy would be to work with all participants to reduce the number of licences to a handful, and preferably to urge all the participants to adopt one of the GPL variants, or the BSD licence, which between them cover most of the sensible demands of an open source licence. The community is in a position of strength. Microsoft needs developer participation more than the community needs a company like Microsoft, and it certainly doesn't need another set of potentially incompatible licences.