The company has announced big plans to make its worldwide operations carbon neutral. 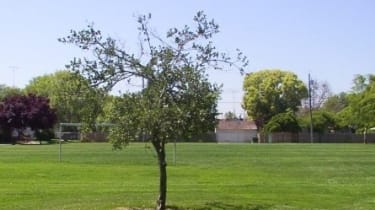 The company hasn't said when it plans to achieve its lofty goal, although many media reports have suggested it is aiming to complete its green mission by the end of next year.

Dell says it will "neutralise the carbon impact of its worldwide operations," with a series of initiatives to reduce or offset its greenhouse gas emissions.

These include a new 'Plant a Forest for Me' scheme, in which Dell and its partners will "plant millions of trees in sustainably managed reforestation projects" to offset their carbon emissions. It's a none-too-subtle sequel to its 'Plant a Tree for Me scheme, in which Dell's customers can opt to plant a tree when buying a new computer.

"Never before in the history of business have we seen such a critical need to build a worldwide community dedicated to improving the environment," said Dell's chairman and chief executive Michael Dell.

He went on to issue a challenge to competing companies to join in "a long-term, carbon-neutral commitment to our shared Earth."

The news follows Dell's June announcement that it plans to become the "greenest technology company on the planet," a position that will not be easily won. Google, for example, has completed 90 per cent of a 1,600 kilowatt solar panel installation at one of its data centres, and has also pledged to become carbon neutral by the end of the year.

Dell will be working with the Environmental Protection Agency to determine the extent of the greenhouse gas emissions from its US operations. The company says it will primarily be investigating the emissions impact created by its electricity use and facility heating and cooling, but will also be purchasing carbon offsets for employee travel.