16 years after it was swallowed by NCR, the data warehousing company returns to the US stock exchange as a standalone entity. 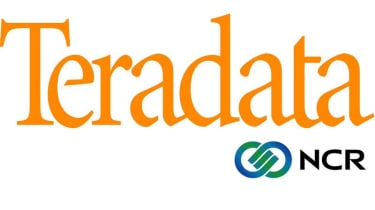 Teradata, the company that pioneered the concept of data warehousing, has gone full circle and re-acquired its financial independence 16 years after it was itself taken over.

The company today listed on the New York Stock Exchange, the first time its stock has been traded from NCR, which bought the firm in 1991 for $500m in shares. Teradata originally went public in 1987.

Being part of the larger body has given Teradata stock an important early boost, as it will get automatic listing in the bellweather Standard & Poor's 500 list of blue-chip US stocks.

The newly-independent firm's president and chief executive Mike Koehler dubbed the re-listing as marking "a new beginning for Teradata as the global leader in enterprise data warehousing".

The company will use its newfound access to the capital markets to fund its own acquisitions in turn, it hints. Teradata expects revenue growth for its current financial year, concurrent with its financial year, of up to 10 per cent more than last year's $1.6 billion (800 million).

Supermarket giant Wal-Mart was one of the earliest investors in Teradata's new-fangled deep exploration of sales and EPOS data back in the early 1990s.

The story goes that till information from a number of heartland Mid-West stores was put into a Teradata machine and cooked for a while. But a shocking correlation emerged: a customer basket with nappies in also tended to have at least one six-pack of beer.

Horrified Wal-Mart execs sent spies to checkouts to check if America was raising a nation of drunken mums only to discover what was actually happening was that the buyers were the women's partners - dispatched to restock baby items they figured they could sneak in some beers to watch with the game on TV later.

The 'nappies and beer' discovery both helped the retail giant find new ways to cross- and up-sell, it introduced the very idea of IT-based basket analysis that fostered the enthusiasm for data warehousing that helped get the market started.

Ironically, in August Wal-Mart indicated a possible defection from Teradata by signing up for a trail of rival HP's high-end Neoview data warehousing system: HP being ironically run by Mark Hurd, former NCR exec and head of what was then the Teradata arm of the company - joined by none other than Randy Mott, the former chief information officer of Wal-Mart.