Report slams Jobcentre Plus' IT 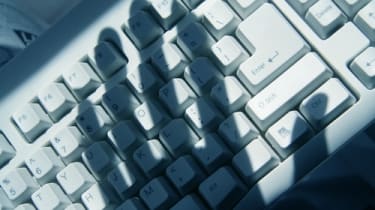 A Public Accounts Committee report into the effectiveness of the services provided by personal advisers in the Jobcentre Plus agency has slammed the IT systems used to carry out their roles.

In one of its main findings that recent Jobcentre Plus reforms had not made advisers' jobs easier - according to two-thirds of advisers surveyed - the report was damning in its assessment that they're productivity is "affected by slow or problematic IT" systems.

"Many of the shortcomings in the IT system are simple," it concluded, where for example, it requires them to re-key identical information for every new customer or makes it hard to print out information they need.

And it said the IT systems lacked the "basic functionality that would be expected in a modern office," citing a National Audit Office report published last November that found the systems "ran slowly ten times a week" and were "old and incoherent."

It said the Department for Work and Pensions (DWP) should press IT contactor EDS for "simple improvements in order to help save adviser time."

As a result, it also found administrative shortcomings meant advisers spent 20 per cent less time in face-to-face contact with the unemployed people the Jobcentre Plus agency was created to help in comparison to agencies with similar remits.

During the committee hearings, Jobcentre Plus chief executive Lesley Strathie was grilled by MPs as to why the IT systems were failing, given that EDS makes a 30 per cent margin on its work with the DWP.

"You might have thought that for a 30 per cent profit margin you could get cut and paste thrown in, would you not? Why is this still coming up after we first heard about this problem several years ago?" asked Richard Bacon MP.

Strathie responded, saying an ongoing technology refresh would enable advisers to open several windows at the same time in a much more user-friendly manner. "That is probably the briefest way of answering your question," he added.

But the agency is still in the midst of reorganising its IT systems after the 143-million benefit process replacement programme (BPRP) was scrapped last year.

Now the introduction of the new employment and support allowance (ESA), as mandated by the 2007 Welfare Reform Act, is likely to add to delays in the reorganisation, as it requires the scope to change again. Earlier this week ministers said the DWP had not yet begun to ready its IT systems for the introduction on ESA in October 2008.