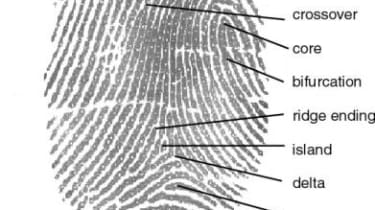 A fingerprint-based biometrics trial starts this week at London's Gatwick Airport as part of a European Union wide project to use IT to tighten up border controls.

The BioDev II project being carried out by a number of EU countries, requires visitors from one selected country per national participant to have their fingerprints electronically collected at the consulate in their own geography. In the UK's case this is Sierra Leone, in another trial country, Austria, it is Albania, for example.

Once the prospective visitor arrives at the target airport - in the UK's case, Gatwick's North Terminal - their fingerprints are taken again and matched against the copy held on the central server. A second line test is also being trialled, where all fingerprints are scanned in doubtful cases.

The local customer is the British Immigration Service; the data is sent over the Home Office secure network to its Croydon main server for analysis.

BioDev is being funded by the European Commission but it is being linked by the UK government as part of its so-called 'triple-ring's border security strategy of a move to 100% biometrics based visas, a biometrics-based check at the border and the national ID card system.

"This kind of e-border project is trying to push out border controls beyond physical land borders," said Mark Lockie, Editor of Security Document World. "Using technology at the point of original application helps ensure the person presenting themselves for admittance really is that person, and it also promotes screening of potential terrorists."

Motorola has provided the software that performs the scan for the UK trial. It is also the technology provider for the parallel trials in Luxembourg, Spain, Portugal and Austria, with two different suppliers, Sargem and Zetes, working in the French and Belgian trials.

The link with the national ID system underlines the scepticism many observers feel about both the reliability of biometrics. "Similar technology is already in use at US border controls," said Jon Collins, service director at UK analyst firm Freeform Dynamics. "The danger is one of extension to UK nationals and the potential for integration with other systems, which would have worrying privacy ramifications. We are already accused of sleepwalking towards a surveillance society. We all want to keep the bad guys out but we need to be sure we are keeping our eyes open, and adopting technology for the right reasons."

The trial is based on a biometric visa application process in Sierra Leone, with participants arriving at Gatwick North. The Motorola system manages the biometric data captured at the consular post in Sierra Leone, as chosen for this pilot by the BIA. The captured data is matched with the biometric data given by participants when they arrive at Gatwick North. Motorola is in process of setting up similar systems in Luxembourg, Spain, Portugal, and Austria.

"This is an extension of a lot of the work we have been carrying out in criminal identity management," said Motorola project manager at the trial, Tim Kelly.

The Gatwick end of BioDev II is scheduled to complete next April.