The benefits of SAN

The first commercially available storage area network (SAN) hit the market nearly 10 years ago. But the cost of adopting a networked storage solution restricted take up to a handful of major organisations, leaving most to muddle on with a direct attached storage model, but that's all changed now. 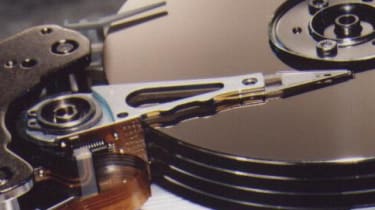 A wide range of organisations now use a SAN, and not all of them major multinationals. Here we talk to a couple of senior IT professionals to find just what they've gained from switching to a SAN model, and where they hope the technology will evolve.

Liverpool Women's is one of the UK's premier hospitals in the provision of healthcare to women and babies, specialising in the fields of maternity, neonatology, gynaecology, reproductive medicine, breast surgery and genetics.

Data storage has not, however, been a historic strong point: "Until quite recently, there was no storage strategy in place here at all" says Chaudry. "When I started here in 2005, I had the job of looking at the server and storage infrastructure, as it did not seem to be delivering."

He says he found an old HP server, some storage arrays and standalone desktops all over the place. "There was nothing like a data centre, just 500GB of data spread everywhere," he says. "Only around 50GB was backed up."

He decided to look for a platform to put all data on so that it could be managed centrally.

"We looked at a straightforward direct-attached storage model, but it lacked the features we were looking for," he recalls. "Then we looked at a system based around networked arrays, both at iSCSI and Fibre Channel options. We considered a number of different vendors - Network Appliance, HP, EMC. In the end we went with EMC and a Fibre Channel storage area network. We had a new network already with Fibre Channel all over the place, so it made sense."

A Clariion EX500 is now mirrored asynchronously using MirrorView to another server 300 metres away. "Some data is now stored so it's near at hand, while the rest is archived," says Chaudry. "You could call this an information lifecycle management strategy, of sorts. Data is mirrored every 30 minutes, and a full snapshot of all data made every four hours."

He says the new system has proved easy to manage through a portal that EMC provided: "I dare say all the major vendors provide something similar," he says. "It's configured so they can send us a warning by email if anything isn't working."

With any SAN, says Chaudry, you need training: "One of the three guys who manage it had to be sent off to be trained."

He says he now knows where all data resides, which he didn't before. "We have a proper data centre, not just space under people's desks," he says. "We have capacity for 3Tb, which is about half full, so you can see the amount of data we hold has grown. Scalability has not so far been an issue. I feel that we're future proofed for at least five years. We've got a support contract for those five years, so we can stay protected. The most we can lose is 30 minutes of data.

He says the new et up has been reliable, by and large. "The only thing that's failed has been a disk on the second server where the data is mirrored, not the main one in daily use. Maybe it's like a car where the more you drive it the more reliable it becomes."

He says it did take a while to get the agreement to go with the system signed off: "There's always a lot of scrutiny of these things in the NHS," he says. "Management are always sceptical about these things, as so many projects have proved challenging. What we have is pretty cutting edge for the health service. We got an Effective IT Award recently."

He says he knows plenty of trusts in the area that have no SAN: "They are worried about spending hundreds of thousands of pounds on something that'll prove to be a waste of money and difficult to manage. You need a leap of faith. Actually I found prices for SAN systems to be quite keenly competitive, from all the vendors we spoke to. I don't think SANs need to be complex or costly. I helps that we didn't have to change the server environment, just the array."

SANs, he believes, aren't as oriented to large organisations as they were, so thinks his timing was good in that sense. "I think it might have been different if we'd chosen an iSCSI system," he says. "I think it still needs a lot of work, and doesn't work so well with our VMWare virtualisation software, as far as I was concerned. The new version might fix that."

The biggest benefit, he says, is the manageability of it all: "I go home knowing where all data is and that it's been backed up properly."

"We've grown a lot in recent years, and our IT estate has grown along with that," says Low. "Last year we decided to apply a more strategic approach to data storage, and issues like back up and recovery. We wanted an email archive solution too. I was looking for a joined up vision of how we moved forward on these issues."

He says there was an aging SAN in place when he joined in 2003: "But it was no longer up to the burden of regulatory pressure - keeping records safe for a set period of time," he says. "It was also expensive to run, and we're not immune to the cost constraints that all businesses face."

He says that with a number of CA software products on board, it made sense to talk through options with them first.

"They know our business well, and have helped us a lot," he says. "They understand that we don't want to be tied to any one software or hardware vendor, and that we want a flexible way of handling our storage issues. They showed us the BrightStor storage product that looked like it met our needs, hardware independent as we'd specified. We wanted to centrally manage our storage front end with a single tool."

The firm had outsourced back up to a third party location, for recovery within one or two hours: "This was cost effective with only 70 people in the company, but not any more," he says. "We brought back up back in house, and the move paid for itself within three or four months. We adopted a CA product for email archiving also."

He says he's now virtualised most server capacity: "Consolidation helps, as we had a significant number of boxes in a small space, without room for any more," he says. "Next we'll be looking at a dual site strategy, and want to reduce the footprint of our servers further before we do that. It's a lot to achieve at the same time."

He says he's generally happy with the way SANs have evolved over the years: "The flexibility of what SANs can do these days is terrific, compared with 2003 when there was surprise expressed that an organisation of our size even had one," he says. "We've got costs down, data is more accessible, we're independent of hardware vendors, and we can decide how much we need to spend as we go on."

With SAN costs now down there's a much wider range of companies that can benefit, he believes. "But there's still a lot of companies stuck with a direct-attached storage model facing cost constraints which mean they can't easily make the case for the initial investment required."