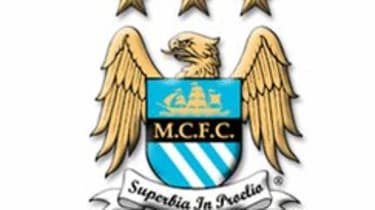 Manchester City Football Club (MCFC) plans to allow some of its season ticket holders to gain access to the stadium using their mobile phones, in a major trial of near field communications (NFC) technology that will kick off early next year.

The football club is working with Orange to equip a sample of its fan base with special Sony Ericsson handsets featuring NFC-enabled SIM cards, so that they can get through the turnstiles.

Next year's planned trial follows a smaller experiment the club was engaged in earlier this year to test the practicality of NFC, during which it made use of Nokia handsets that had been modified to enable contactless reading of information.

MCFC also plans to build on the initial capability of the trial by using the technology to allow stadium visitors to pay for club merchandise or refreshments during half time.

Because many of the people who come to watch MCFC games work long, hard hours, it would be nice to be able to reward their loyalty with things like on-the-day upgrades to hospitality boxes that are often otherwise empty during the match, Duncan Martin, head of retail at the club, told attendees at an NFC roundtable event in London yesterday.

"Mobile contactless services will offer many advantages to our fans, including loyalty schemes and discount vouchers," he said.

"NFC technology also allows us to build a closer affinity with fans and offer them more than just football. By linking this technology to our customer database, we will use this valuable trial data to analyse customer demand, create more targeted campaigns for our most loyal fans and tackle wider issues such as ticket touting and crowd security. The net result will be a much richer matchday experience for our fans."

The MCFC season ticket holder trial will be the first for Orange in the UK and mirrors successful NFC trials in has conducted in Caen, Nice and Paris. Indeed, the mobile operator is now planning to kick off the full commercial roll out of NFC contactless payments in Bordeaux next year.

Analysts are predicting that the NFC market is one with great potential, with some suggesting that 40 million consumers will make use of the technology in Europe by 2011, helping to generate €27.7 billion in revenue.

"We certainly see the NFC market as being very exciting," said Lars Vestergaard, research director for IDC's mobile and wireless division, who chaired the roundtable discussion. "It will be a few years before we are 100 per cent NFC-enabled [in terms of handset availability] and it might be a while before we reach 50 per cent but we are soon going to reach that stage in critical mass."

The MCFC Orange-supported trial will be closely followed by a similar test bed experience based on ticketing and information services Reading Buses.