New research says that many organisations are facing serious consequences from poorly filed information being passed around and used unwittingly. 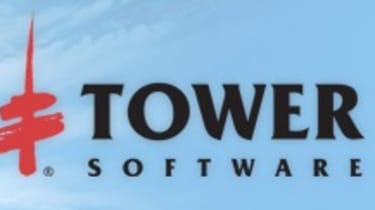 Many organisations are risking legal action, disastrous publicity and lost customers thanks to poor employee file management, according to new research.

A new survey from content management specialist Tower Software revealed that nearly a sixth of employees in the UK have presented wrong information to colleagues, management, suppliers or customers as a result of bad filing, and then lied to cover up their mistake.

The report revealed that 67 per cent of employees at middle manager level or below believe people in their organisation have unknowingly presented the wrong version of information, with 10 per cent saying this information has been reused elsewhere.

"The most common outcome from these errors among respondents was personal embarrassment," said Paul Brenchley, vice president for EMEA for Tower. "But this pales against the business reality of losing customers, legal battles, staff dismissals, poor publicity and worst of all failing to meet regulatory compliance such as Sarbanes-Oxley, Basel II, MIFID, e-government and beyond."

He points out that the statistics, collected for Tower by research company Dynamic Markets, simply cover those errors "that we know about, or that people are prepared to admit to".

"The problem is probably far greater, particularly as the errors are perpetuated by the re-use of wrong or out of date computer files, documents and email," he said.

Some 63 per cent of employees questioned say negative consequences have resulted from the presentation of incorrect information, said Brenchley. "Eight per cent say legal action was taken out against their organisation, seven per cent that they suffered bad publicity and six per cent that say they actually lost customers."

Just over a third of employees at middle manager or below, he said, have worked on a wrong or out of date version of a computer file or document because colleagues have worked on it and not saved it correctly.

The problem, he said, is more common in the private sector that the public, since the public sector has been more heavily regulated for longer.