Debian and the grass roots of Linux

Debian GNU/Linux was the first project to be deliberately modelled on the principles of distributed software development, and provides the core software for many of the more successful commercial Linux distributions. Though Debian does not have the high profile of other Linux distributions the commercial success of Linux may owe more to the Debian community than advocates of Linux in the enterprise are ever likely to acknowledge... 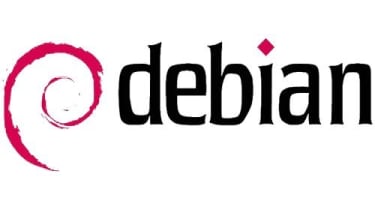 Debian is both the most conservative and the most radical of Linux distributions, resolute and true to the ideals of the movement from which it sprang. The Debian project reaches back to a time when Linux was young and easy, when real programmers rode on the metal and coded in the buff, and a couple of floppies was sufficient to carry Linux, GNU and all the tools that were required to get a system up and running on a 386.

Owen le Blanc compiled the first 'MCC interim release' of Linux in February 1992, named after the Manchester Computing Centre in Manchester, England. Later that year Peter McDonald released SLS (Softlanding Linux System), which was the first attempt to pull together all the available software to make a popular Linux distribution as we might recognise it today.

But SLS wasn't to everybody's liking. There was little concept of packaging, and though the system was 'good enough' it left the user with lots of work to do. The shortcomings of SLS led Patrik Volkerding to create Slackware, which became the blueprint for many later commercial distributions, including Red Hat and SuSE. Dissatisfaction with SLS was also the spur for Ian Murdock's decision to initiate the Debian project. "SLS is possibly the most bug-ridden and badly maintained Linux distribution available," he wrote in 1994. "Unfortunately, it is also quite possibly the most popular."

Murdock's notion was to take this collaborative trick and apply it to the concept of a Linux distribution. Many hands make light work. They can also prod round the corners of an increasingly complex system and identify and remove bugs before they are released into the wider world. The Linux kernel developers pioneered this way of working, but Debian was the first project to be modelled explicitly on distributed software development.

Legend has it that the Free Software Foundation (FSF) went looking for someone to coordinate an FSF sponsored release of Linux, and Murdock, then a student at Purdue University, responded to the subsequent advert. This version of the story doesn't appear in the histories, so may be apocryphal. Nonetheless, the FSF did sponsor the promotion and sale of CDs, and Debian has remained on the free software wing of the free and open source software debate ever since.

Murdock announced the imminent arrival of Debian on comp.os.linux.development on Aug 16, 1993. The announcement contained the seeds of much that was to feature later in Debian. The emphasis on reliability, stability, ease of installation, upgrades, and package management has been the defining characteristic of all Debian derived distributions ever since. There were interim releases, but the first 1.x release didn't arrive until Debian Buzz in June 1996. Debian has never had a predictable release schedule, and strategic point releases have sometimes appeared several years apart.

As Murdock argued earlier this year: "When is the next version going to come out? 'Whenever it's done' doesn't tend to be a very compelling answer for a broad swathe of the market, right?"

But then, for the Debian developer community, appealing to the market has never been that compelling. After all, the Debian "unstable" tree, or "work in progress" as it might be called, is stable enough to have been the basis for many other distributions. The Debian developers have always been more interested in getting it right, rather than getting it done.

Do you apt-get it?

Similarly apt-proxy can be used to download and install patches onto every system on a network, and the procedure can be automated by configuring apt-get to run at regular intervals to ensure that security patches are always in place. Apt resolves all your dependencies and empties the trash.

Apt-get has been the model for package handling systems on many different operating systems, and is also run with graphical front-ends such as Synaptic or Adept or update-manager on Ubuntu and other Debian based Linux systems. But no other system gives the same magical trouble-free ride that is conjured by apt, which every Debian user agrees, tidies your space, does what you want, and is the best little packaging system in the world.

The Spiral TribeThe exotic name that Murdock gave the Debian community does not derive from some arcane philosophy with an ancient heritage, nor is it an ironic play on the word plebian, but is merely a prosaic concatenation of the first names of Murdock and his girlfriend (and later wife) Debra, so Debian is pronounced "e" as in best and not as in sleek, a strangely personal name for such a community oriented project.

Murdock remained as the guiding light of Debian until 1996, when Bruce Perens took over the elected role of project leader. Much of the constitutional basis of the Debian community was established during Perens' period as project leader, including the unique 'Debian Social Contract', which defines the nature of the community, and the 'Debian Free Software Guidelines' which define the principles of Debian software development. He also initiated the creation of the not-for-profit umbrella organization 'Software in the Public Interest', which provides funding for Debian and other free software projects.

Perens and his successors presided over the adoption of the democratic imperative which still drives the Debian community, and frustrates Murdock, who is now in the unexpected and contrary position of heading up operating system platform strategy at Sun Microsystems. Debian is inherently democratic and passionate, and everybody has a voice. In spite of, or because of, the resulting hubbub and chaos, Debian produces arguably the most admired and stable of Linux distributions, funded by voluntary donations, sales of t-shirts, CDs and books, and the good will of anybody who wishes to contribute to the project.

"I believe that open source projects are no different from businesses or any other kind of organization in that to get any meaningful work done, there has to be strong leadership," Murdock argues. "...I think in some ways the people who were really pushing for pure democracy at Debian wanted to see this as a sort of social experiment. What happens when every decision is put up to a vote. You know, pure democracy. It looks a lot better on paper than it ends up in practice," he says, and this puts him radically out of tune with the community he helped to create, which is fundamentally democratic, and stands for the twin goals of technical excellence and the furtherance of free software. Quite possibly, Debian has outgrown its roots.

Much of Murdock's frustration appears to stem from the failure of Debian to climb on board the Linux train and head the rush into the enterprise. This may be a wrong way of looking at things. Debian is everywhere, and is usually called Ubuntu or PCLinuxOS, but it is still Debian. Debian has made it into the enterprise under the guise of Ubuntu, and in remaining true to its principles, has retained its technical excellence, and has kept Linux and open source close to its roots and honest. The commercial success of Linux may owe more to the Debian community than advocates of Linux in the enterprise are ever likely to acknowledge.