Sophos announces plans to float on stock exchange to fuel growth in North America and finance growth through acquisition. 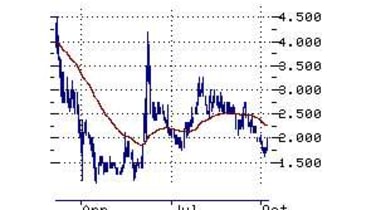 Sophos, the IT security and control company, has announced its intention to float on the London Stock Exchange (LSE).

Founded in 1987, the endpoint security and network access control software provider based in Oxford reported billings of $167 million (79.4 million) in the year ended 31 March 2007 and was identified by analyst IDC as the largest unlisted company in the $13.2-billion (6.3-billion) Secure Content and Threat Management market.

It posted growth rates in billings in its last fiscal year ended of 23 per cent and in the first half of 2008 of 30 per cent, which it said highlights its gains in market share when compared to an annualised growth rate of 11.8 per cent for the industry sector.

Sophos' products are used by approximately 65,000 customers in over 125 countries to protect an estimated 100 million end-users. The vendor pointed to a recent, notable win displacing its competitors at General Electric (GE) which has purchased Sophos products for use on up to 350,000 of its computers.

The company strategy is aimed at addressing security issues arising from increasingly open corporate networks, device proliferation and an always-on threat environment. It said this means that security focus has shifted from protecting the network perimeter to protecting the endpoint, as in desktops and laptops.

"Complex individual product strategies are being replaced by simple and coherent suites of products. Sophos has designed an integrated endpoint security and control offering for enterprises to address these industry needs," it said in its announcement about going public.

It added that its growth strategy is to establish itself as a worldwide presence enhancing its North American business by investing in sales and marketing. Its management intend to expand the business from both organically and through strategic acquisitions.

Steve Munford, chief executive of Sophos added: "Becoming a listed public company is a natural next step in our development. The demand for our solutions continues to grow, and listing will enable us to maximise our profile and take better advantage of the current exciting opportunities within our market."