Blu-ray and HD DVD - Where are we now?

This year has seen both HD DVD and Blu-ray continuing to slug it out for supremacy in the next-gen DVD storage market. We examine what is happening with the technologies and is there any end in sight for this protracted format battle? 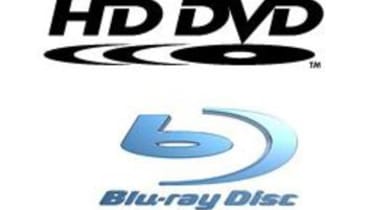 In the US, Toshiba is now selling HD DVD players at under $100 (48) per unit, and with it reportedly running up a loss of nearly $500 on each unit sold. Disney, meanwhile, recently stumped up a deal on Blu-ray discs, again in the US, that saw customers able to buy one, and get one free.

Meanwhile, with blows exchanging about the sales numbers of the Blu-ray exclusive Spider-man 3 and HD DVD exclusive Transformers movie releases, Microsoft has denied it's going to release an Xbox 360 console with a HD DVD drive inside, while the president of Disney Studios Home Entertainment has blasted the format, instead calling Blu-ray's victory an inevitable one.

That's just from the last two weeks. They're the latest blows in an increasingly bitter war of high definition formats, the end result of which thus far has been simply to put many people off either format. Even in the more welcoming computer space - itself having now recovered from a futile format battle over writeable DVD formats - there's little appetite to convert interest in HD formats into purchases.

Right throughout this battle, the seeds of which were arguably planted in the wake of the success of DVD, if not the original CD, the comparison has been Betamax vs VHS. But surely never in the technology sector has a format war - be it over DVD, video formats or even good old Mac vs PC - become so nasty so quickly. And things, bluntly, are not going to get better soon.

However, format creation is a business laden with corpses. Sony - the big player behind the Blu-ray format - itself has a veritable graveyard of formats that have failed to significantly catch on. Take the UMD, the Super Audio CD, Betamax, even the ATRAC audio format. Each of these, had they become major mainstream successes, would have generated hundreds of millions of dollars in revenues at least. As it stands, while some enjoyed moderate success, each demonstrates just how hard it is to sell a new format to a public who are happy with their lot.

And that is one of the key challenges with the high definition format war. The two competing camps - the Toshiba-backed HD DVD and the aforementioned Sony-supported Blu-ray - are aiming to sell a format that, for many in its target audience, they have little need for. Sure, in the computer space, the idea of an optical disc with storage capacities of up to 50GB is ideal, but that's not the sector that's determining a winner or loser. No, it's the movie industry where the main blood is being shed, and many - in the same way that they're content with the quality of a CD - are entirely serviced by the digital versatile disc. In spite of perhaps investing in a high definition television, the jump from DVD to a format capable of 1080p picture output simply isn't tempting.

But the problems run deeper than that. Most would agree that even if the appetite for a HD format isn't at the level of the hunger for a successor to VHS tapes, that there's still a market for it. Furthermore, with margins being eroded on DVDs to the point where major Christmas releases sell online with discounts in excess of 50% from day one, many content producers would gladly back a new format that could bring some of those margins back.

Yet, simply, too many companies back in the gestation of a HD optical format wanted a piece of the pie, and - in spite of some murmurings at the time - the opportunity to come up with and support one unified format (surely a major factor in DVD's success) was passed over. Simply put, in a battle where the stakes, R&D investment and potential rewards were so high, nobody was backing away from the table. And still nobody has.

The end result of all of this? Mass confusion, and a buying public wary of being caught with the wrong format. Even though many of them, ironically, never ended up with a Betamax player, the mere thought of being on the wrong side of a format war has proven enough to deter all but niche enthusiasts from embracing high definition.

But let's factor those numbers, though, against one or two DVD figures. Never mind four million discs, over ten million DVD players have been sold in 2007 to date in the US alone. 190,000 Transformers HD DVDs in its first week? Stick that against 8.3 million copies on DVD in the same period. The reality is that DVD sales of a movie still account for over 95 per cent of business. Granted, the graph shifts a little if revenue is considered rather than straight unit sales, but the alarming truth for both Blu-ray and HD DVD's supporters is that neither format has made anywhere near the kind of impact it should have done, and not enough people are being tempted away from their DVDs.

Warner Bros was one of the earliest and most committed devotees of the DVD format, and has reaped significant rewards as a result. Its neutral stance in the HD sector, as the sole major studio that produces content for both Blu-ray and HD DVD, has also contributed to giving it a bigger market share than its competitors. Warner Bros slice of high-definition disc sales is around the 36 per cent mark, and this year's release of the film 300 has shifted 400,000 HD units in total in the US. On the downside, Warners' mastering costs increase, because each release is prepared for both formats.

It's certain, but never confirmed, that Warner Bros is now been aggressively courted by both camps to come over to their side exclusively. In the light of the Paramount switch, it was loudly rumoured that Warner Bros was also going to opt for a single format, rumours that were ultimately shot down.

More recently, comments made by Dan Silverberg (reported by the US-based Home Media Magazine), Warners' Vice President of High-definition Media, fuelled further speculation. Silverberg was quoted as declaring that "the notion of staying in two formats for the duration is something we are re-evaluating now that we are in the fourth quarter". The Internet forums and message boards almost exploded instantaneously.

Yet since then, Senior Vice President of Strategic Promotion at Warner Home Entertainment, Jim Noonan, was quoted at High Def Digest as saying "I can tell you that Warner's position has not changed, and I know that Dan did not intend to suggest that wasn't the case. We support both formats and we have made no decision to alter that policy, nor are there any such announcements coming, or being planned".

The rampant speculation that followed Silverberg's initial remarks gave just one insight into how hard this battle is being fought, and not just by the studios. Early adopters are, in some cases, fighting with a passion that would shame some within the corridors of the manufacturers themselves, with dedicated fans on both sides of the fence quickly hitting the Internet chat boards to talk up their format, and talk down the other. Yet both consumers and manufacturers remain keenly aware that Warner Bros holds some major chips. While, perhaps, the high-definition format war won't be resolved in the consumer space this Christmas, there's a compelling argument that if seasonal numbers heavily pointing to one format emerge, and that does tip a decision from Warner Bros, that maybe the festive season could end up determining a winner after all.

Still, many openly question what the strategy is here. Was it Microsoft's money, for instance, that funded the earlier deal with Paramount Pictures (this was denied)? Will Microsoft soon release a version of its Xbox 360 console with a HD DVD drive in it (according to latest comments, no it won't)? And perhaps the most sinister: is Microsoft likely to be the biggest beneficiary from the format war remaining confused for some time to come, and does that drive its support for HD DVD?

Conspiracy theories, clearly, abound here, yet there are some hard truths nonetheless that everyone who has invested heavily in either format is only too aware of. The last big format war, over DVD-R and DVD+R, led to a slow and prolonged take up of DVD writing technology. The result was that by the time the battle was resolved, margins had been eroded, take up was late and potentially hundreds of millions were potentially lost. And in the time it took for things to be sorted, along came hard disk recorders and bit into market share that had been there for the taking.

This time, there is a bigger threat. In some guise, DVD writers were always going to be picked up eventually, at the very least in computers. Here, there's no guarantee that either HD DVD or Blu-ray will score a tangible victory, and there's a real risk that consumers will jump this particular leg of optical disc evolution and instead head straight for downloads and take advantage of the rock-bottom price of hard disk storage instead. Factor in that Microsoft has invested heavily in digitals rights management systems, and it's not tricky to see how its business would benefit should consumers move to downloading content quicker than expected.

Furthermore, on the evidence seen so far, there are still many more skirmishes ahead. Yet there are surely major alarm bells clanging, and the window of opportunity for HD DVD or Blu-ray to make a real impact isn't going to stay open forever. Neither format is close to hitting a profit, both are requiring continued heavy investment and subsidising in some form, and meanwhile - even in the computer market - the mass market demand for drives, players and discs continues to be muted.

It's a potentially stark future. Consumers needs one format to back if they're going to bother at all, and manufacturers need that decision to be made soon to hold margin at a level that works. If all this doesn't slide into position over the coming months, and there's little evidence so far that it will, then there's the real possibility that even if one format does emerge victorious over the next eighteen months, it may simply be to claim a win that's no longer worth having. It may well be a victory, but as each day passes, there's less guarantee that there'll actually be a prize at the end.