Just four per cent of residential internet connections will be dial-up by the end of the decade. 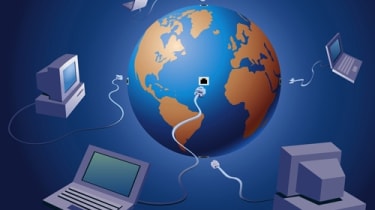 Nearly 21 million households will be connected to the internet by 2010, but just over one million (4.76 per cent) will be using a dial-up connection, according to a report by uSwitch released today.

In 2002 just 1.3 million internet-users were hooked up to a broadband connection, yet in 2007 has seen that number soar to 14.5 million broadband users, a figure that makes up 85 per cent of all internet consumers. That amount could soar to almost 20 million, or 95 per cent of users, by 2010 according to uSwitch.

The report comes on the heels of the release of figures from the Office for National Statistics last week which said in September of this year 88.4 per cent of UK internet connections were broadband, up from 75.8 per cent last September.

It's no surprise that nearly 20 million could be hooked up to the internet by 2010 considering that recent research has found that UK consumers spend more time per year online (34 days) than they do socialising (22 days), grooming themselves (11 days), or even eating and drinking (21 days).

Although the total number of Brits connected to the internet is projected to increase, the prescience of dial-up links is expected to become nearly non-existent.

"The days of dial-up have been numbered for a long time now," said Steve Weller, head of communication services at Uswitch. "With just a few major internet providers still marketing their dial-up service, all are looking to upgrade customers to broadband."

"With just a few major internet providers still marketing their dial-up service, all are looking to upgrade customers to broadband," Weller said.

The connection speed has bounded to the top of the customer's mind, with nine million broadband users considering the quality and speed of their connection more important than its value for money according to uSwitch's research.

Despite this increase in importance placed on speed, UK users find their average broadband speed to be lower than many of their European neighbours according to an April report published by The Information Technology and Innovation Foundation (ITIF).

The UK's average speed of 2.6Mb/sec was lower than Germany (6Mb/sec), Italy (4.2Mb/sec) and France (17.6Mb/sec). However, all countries paled in comparison to Japan's staggering average of 61Mb/sec.

"Television, mobile phones, music, and computing are all converging, and it's all made possible by broadband and the faster speeds available. In a couple of year's time, as technology advances, I'm confident we will be predicting the death of 8Mb in favour of something even faster. Next year suppliers will start offering up to 20Mb broadband, which sounds great, but broadbanders in Japan already receive average speeds of 60Mb so we still have some way to go," added Weller.