Jeweller Garrard rushes to SAP in IT overhaul 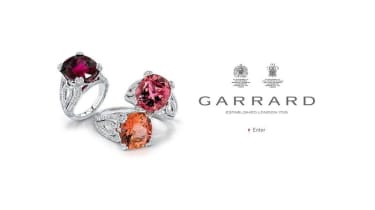 Garrard, the oldest jewellery house in the world has recently completed an overhaul of its IT systems as a result of its sale to new private equity owners.

Prior to March 2006, Garrard was part of A&G UK, which also owned luxury goods retailer, Asprey. But its sale to Californian private equity firm, Yucaipa gave it a six-month countdown to de-merge its IT systems from those of its old owner.

"We wanted a solution that was simple and quick, global in scale and capable of expansion in line with our ambitious growth strategy," he said.

He said the business chose to partner with IT consultancy Morse Technologies, to implement SAP ERP for Retail because it offered the most cost-effective solution to Garrard's time-critical needs.

"We chose Morse to [do the] implementation because of its detailed knowledge of our business. They were able to offer us a one-stop-shop - implementing SAP and providing ongoing hosting and support."

Having signed contracts with Morse on 1 August earlier this year, Morse consultants worked to meet a three-month deadline where A&G would cease their support of Garrard's business and withdraw their IT infrastructure, having also itself been sold to new owners.

Patel added: "I gave them brief guidelines or configuring the system, like my pricing, cost and profit centre structures for example, and let them get on with the job."

Patel said the main benefits are in having a common, standardised system. "We don't have to reinvent the wheel each time a new store open," he said.

He added that Garrard is now keen to build on the success of its initial ERP implementation and will look to work with Morse to add in other modules, including human resources (HR), logistics and marketing, while the business also looks to expand into the US and Japan.