Results of annual UK Oracle User Group survey has found that, while the satisfaction levels in technology is gaining, support and licensing is suffering. 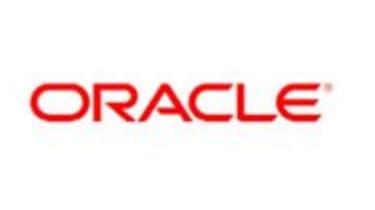 The results of an annual survey of UK users have found that overall levels of customer satisfaction with Oracle technology are increasing, but that areas of dissatisfaction remain around support and licensing.

The survey, which questioned over 600 Oracle users in advance of the UK Oracle User Group (UKOUG) 2007 Conference currently being held in Birmingham, found the majority of users were happy with the technology.

But the issues relating to support and licensing were marked. One in five of Oracle Support users were 'unhappy,' where the need for localised support increased seven per cent and dissatisfaction with global support desks increased by more than double from seven to 17 per cent.

UKOUG chairman Ronan Miles told IT PRO dissatisfaction largely centred on offshore call centres, where the recent launch of a support desk in Egypt came in for particular criticism.

"I think the lesson to be learned here is that, regardless of any perceived language barriers, Oracle needs to look at bringing new telephone support resource in more slowly and with a closer feedback loop to the customer," he said.

He did point out though that, away from telephone support, users were "universally happy" with the diagnostic tools Oracle offers online. "But half use them," he said.

Licensing also came in for criticism, where 14 per cent of Oracle Account Team users were 'unhappy' with it - a four per cent increase from 2006. The numbers of users that were satisfied with the Oracle licensing scheme fell five per cent to 15 per cent and those that were unhappy increased to 32 per cent.

"Apart from those who feel unhappy with licensing because of the cost, which is a separate issue, customers feel confused," he said. "And there's not enough people within Oracle itself who understand it, often leading to it feeling like a dark art to users."

The positives were that over three quarters (81 per cent) of Oracle Server users were 'happy' or 'very happy' with the product and nearly half (49 per cent) of respondents were happy with the functions and features of Oracle business intelligence (BI) and reporting tools.

Of Oracle's acquired product base, PeopleTools is the most satisfactory PeopleSoft product with 65 per cent of respondents being 'happy' with the product and satisfaction with regard to PeopleSoft financials software continued to increase from 67 per cent in 2005 to 75 per cent in 2007.

Likewise, respondents 'happy' with PeopleSoft human capital management have increased from 70 per cent in 2005 to 75 per cent in 2007, while JD Edwards customers, who were asked how happy they were with the overall functions and features of 15 JD Edwards modules, on average ten per cent happier than in 2006.

A significant number of customers have migrated to version 9i of the database, from 2006 from 28 per cent to 45 per cent, which Miles said significant for the indication it gave of the stability of the core product architecture. "Users are also significantly attracted to the new features and functionality it offers," he said.

"Oracle is delighted to see the responses from the User Group, particularly the increase in overall satisfaction with many of our customers adopting the latest versions of our products and seeing a solid return on investment," said Ian Smith, regional senior vice president, Oracle UK, Ireland and Israel, in a statement.